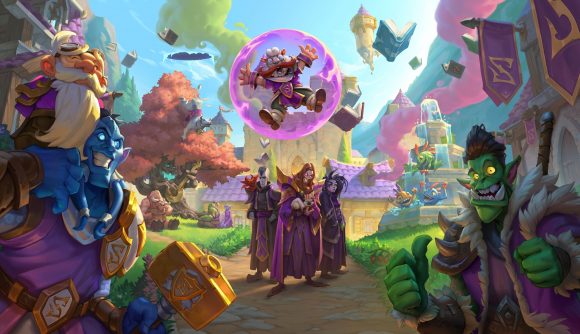 Blizzard has just revealed that we’re off to Scholomance for the next Hearthstone expansion. Called Scholomance Academy, the update comes with 135 new cards and is themed around magic and school, giving it a wee bit of a Harry Potter vibe.

More specifically, 40 of those are new dual-class cards that can be used by two classes. Every Hearthstone class is paired with two others, which makes for a total of ten possible combinations. Blizzard hopes these dual-class pairings will encourage strategies and highlight mechanics shared by both. Scholomance Academy also brings minion and weapon cards with the new keyword Spellburst that triggers a powerful one-time only effect the next time you cast a spell. There are also new spells called Studies that allow you to discover a card immediately while reducing the mana cost of the next card of that type you play.

If you’re looking for some more games to get you thinking then you should check out our best PC card games list. It’ll give you something to ponder while you wait for the Scholomance Academy expansion to come out.