Blizzard have just banned “several thousand” bot accounts from Hearthstone that were found to be using “third party software” to play Hearthstone. The bans come as the popularity of bots have been on the rise after Blizzard seemingly did nothing about it. That ends today, after a flurry of bans have occurred in an effort to halt the bots in their place.

Back in August, Hearthstone community manager Daxxarri made it known that third-party programs were not welcome within Hearthstone. “A fun, fair, and competitive environment is at the very heart of the Hearthstone experience.” said Daxxarri. “This is a reminder that we take fair play very seriously, and that making use of third party programs that automate gameplay (also known as ‘bots’ or ‘botting’) is a violation of our Terms of Use. Accounts that are found to be making use of ‘bots’ are subject to penalties, up to and including permanent suspension.”

The latest bans come in an effort to rid the game of bots inside the ranked environment. “We’ve recently banned several thousand Hearthstone accounts that were associated with the use of third-party programs that automate gameplay, otherwise known as “bots” or “botting.” These accounts will be banned until 2015. 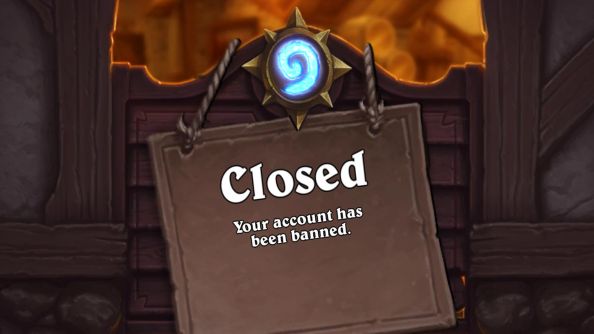 “We’re committed to creating a fun and rewarding environment for our players, and we will continue to closely monitor activities within Hearthstone and take appropriate action against cheating in any form, as outlined in our Terms of Use. From this point on, accounts found to be cheating will be permanently closed without warning.”

Blizzard have made their stance on third-party botting known, but do you think a two month ban is enough?