How do you play Hearthstone Battlegrounds? The new mode, based on Hearthstone, which in turn is based on World of Warcraft, is a new take on the incredibly popular auto-battler genre, wherein eight players go head to head to beat everyone else’s decks.

You build these decks along the way, but to get the most out of what Bartender Bob has to offer, and what your hero power might be there’s a lot of details you have to look out for. You should look out for minion types, triples, and board orders, but what does that all mean? Don’t worry, we’ll get there.

Visually, you couldn’t get a more confusing experience. Even as a seasoned Hearthstone player, it was pretty difficult to get to grips with the gameplay, but here’s everything I wish I knew going into Hearthstone Battlegrounds.. Don’t worry, it’s not nearly as difficult as it might seem on the surface, and before long you’ll be playing like the pros.

How to play Hearthstone Battlegrounds 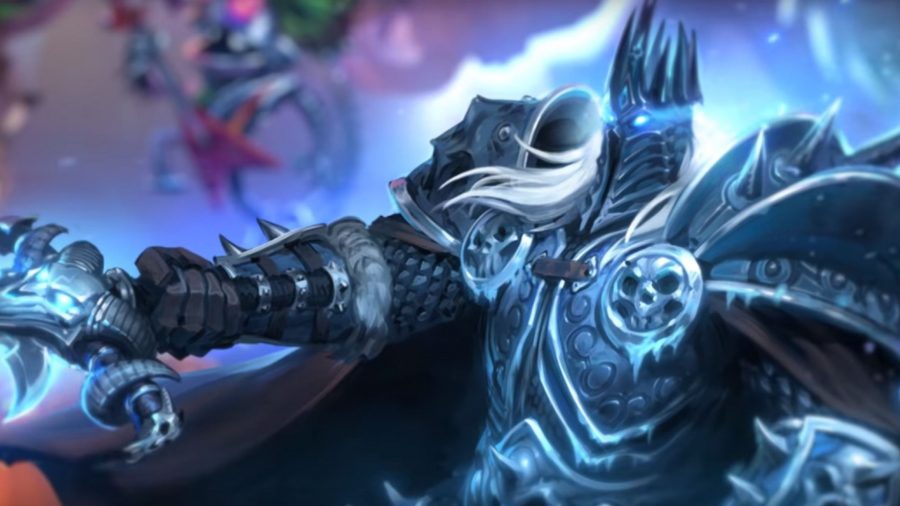 At the beginning of the game, you’ll have the choice of a couple of heroes to pick from. If you play Hearthstone, you’ll notice that these aren’t the regular nine classes, but instead some of the faces you’ll have seen in Tavern Brawls and single-player content. We have a Hearthstone Battlegrounds heroes guide which tells you all their abilities and which ones you might want to pick. So check it out if you want to know a little more about the very beginning of the game.

On the left side, you’ll see a line of icons. Those are your opponents, and their placement on that list correlates to how much health they have remaining. You’ll notice one of them will be emitting a red glow – that’s who you’ll be fighting next. Knowing who that is, can make all the difference.

Note if that red glow comes from someone who has already been eliminated, you’ll play against an AI instead. It’s because there are an odd number of players still in the game and they want to preoccupy you until you get to play against another human again.

This is the first phase you’ll enter and the very beginning of the game. If you look down on the bottom right corner of your screen, you’ll see your coins. You have only three coins the first round, but as the rounds progress, it’ll steadily increase.

The icon on the left upgrades your Tavern Tier. Upgrading this means better minions will appear on the board for you to purchase, and they’ll have higher star values. Those stars translate to damage if they are still on the board by the end of the round. Upgrading does cost coins though, the number at the top of the icon will tell you how much.

The icon on the right with the circular arrow is the refresh of the tavern button. It’ll only cost one and it chucks out the minions on the board and replaces them with new ones to look at. If you’re playing Toki, don’t press this button until you’ve used your hero power version first.

The last icon with the snowflake is free. Pressing it will freeze the minions you can see on the board so if you can’t afford them right then, you can purchase them in your next recruiting phase. Speaking of… 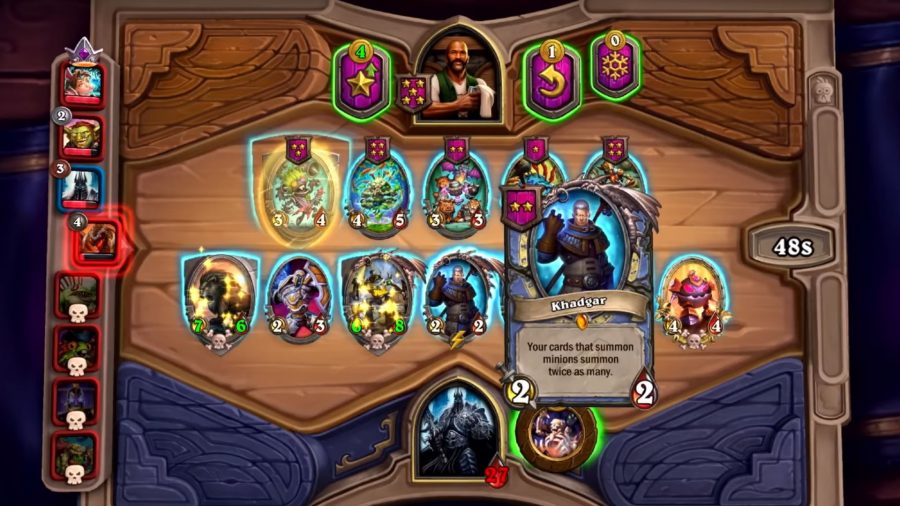 Every minion, no matter its tavern tier, costs you three gold. The ones across the board are the ones you can purchase from Bob. Just click and drag one to your face to add it to your roster. After purchasing it, play the card by dragging it to your side of the empty board.

To sell any minions back to Bob, drag it to his face. Bob buys back minions for only one gold, so don’t make the mistake of selling something for less than it’s worth to you. It will force you to make some tough decisions when working out what minions are worth what to you, but be prepared to sell minions you previously thought would define your deck.

During the recruiting phase, it’s important to look for three of the same cards. Own three of a kind and they combine to make one really good version of that card. You also get a bonus prize which comes in the form of discovering a free minion. This can be very useful, and when you own three of the same card, you don’t really get a choice – the fusion happens automatically.

Although this is an auto battler, your minions’ order could make or break your match. If you own a minion with a really good deathrattle, such as minions which, after death buff the rest of your board, you want that card to be further to the left. It’ll attack sooner, there is a chance of it dying right off the bat, and that buff applying to all the other minions you have. If something like that is too far right, the deathrattle might go off too late for it to be useful.

Order will be specific to your deck, so although there isn’t a clear answer of how to order your board, pay a good amount of attention to the effects of your cards, and where you think they should be placed and in what order they should die, or take damage.

Buffs that happen during the recruitment phase are permanent. In other words, if you play a card that says something like ‘Battlecry, give adjacent minions Taunt’, even if you remove the card with the battlecry from the board, the minions given taunt won’t lose it. That buff is permanent.

The same applies to statuses and stats buffs. This means you can grow and improve smaller minions so as the higher tier minions come into play, the lower tier minions aren’t useless or completely outclassed. 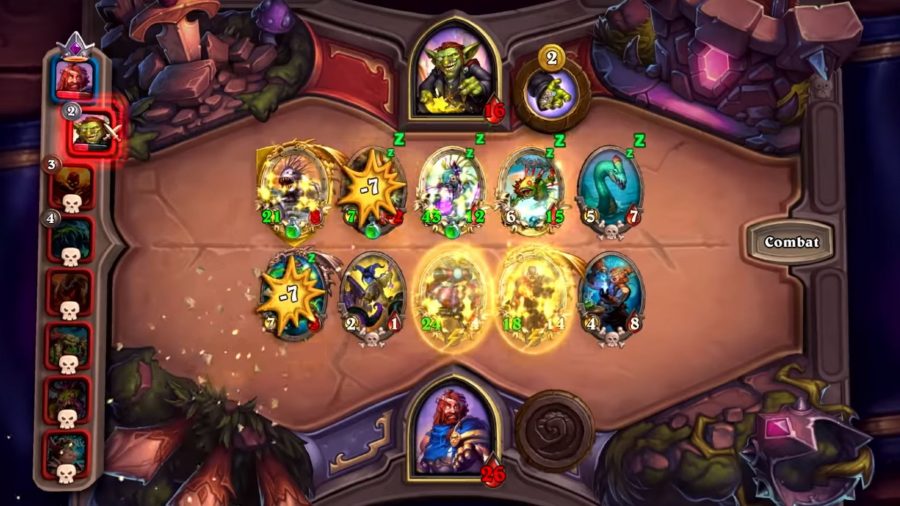 The first thing to realise about the combat phase is that you have no control over what happens here. As good as your order might be and your minions are, the random nature of a combat phase means it is all to play for. There are some rules in play though.

Yours and your opponent’s minions will attack one another from left to right, one by one. Minions will attack a random target unless there is a minion with taunt in the way. Once the taunt minion has been destroyed, random attacks will continue.

Any effects that happen during combat, aren’t permanent. If a card has a deathrattle that gives other minions +1/+1 for example, that buff only lasts the rest of the combat phase – it doesn’t carry over.

Tavern tiers are important here because they value your minions. If there is one minion on the board, and it’s tavern tier one, it will have one star. That one star translates to one damage, and you do one damage to your opponent’s health. This applies to all the minions that are present on the board. Later on in the game, your tavern tier will also be added on top of the minion value, so damage is extra punishing. Although 40 health looks like a lot at the beginning, a board can easily stack up more than 30 damage on one side given the opportunity.

So that’s how you play Hearthstone Battlegrounds. There’s a lot of information there but as you play, you’ll get the hang of the good, the bad, and the Bartender Bob of the game easily. It’s just a method of repeating these steps and taking the time to really think about the decisions that you’ll need to make. The Hearthstone Battlegrounds release date is pretty soon, so make sure you brush up on how to play.