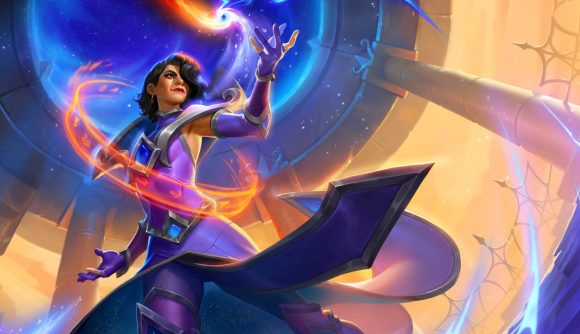 Hearthstone is getting a whole new mode – Duels – kicking off with Season One of what will be a regularly updated mode. The first season, called Wizard Duels, will see the instructors from the latest Scholomance Academy expansion become playable heroes across all the card game’s usual classes, but with entirely new hero powers.

In an interview, lead live content designer Patrick Nagle takes us through what Duels is, and tells us: “We took the previous dungeon run adventures and we kind of mashed them with an Arena format. So, you play a dungeon run and you get to keep playing it, beating opponent after opponent until you lose three times – but it’s also PvP, so you’re playing a dungeon run against other people. It’s something that we’ve loved, but it’s been asked for by fans for a while, too, so it’s been a twinkle in our eye for a while. It’s going to be super fun.”

Players start out in Duels by choosing a hero with a unique hero power from the pool of Scholomance Academy professors. You will then slowly build up a deck, similar to dungeon run adventures, plucking new cards from a lineup between rounds. Players will also get to choose ‘treasures’ between rounds, which are either extra powerful cards, or cards with a passive ability.

Although each new season will add a whole new cast of heroes and powers, you can also expect to see the rotation of cards change – with Scholomance Academy, Curse of Naxxramas, and Night in Karazhan all confirmed as the sets available in the initial early access.

Players who have pre-purchased a Madness at the Darkmoon Faire bundle will receive early access from October 22 to November 11. All Hearthstone players will be able to try out the new mode on November 12, with the official launch of Season One of the Duels beta slated for November 17.

The Madness at the Darkmoon Faire expansion releases alongside Duels, reimagining the Old God cards (N’Zoth, C’Thun, Yogg-Saron, and Y’Shaarj) in a terrifying and twisted carnival-themed set.