Hearthstone’s had a weird life, from Blizzard experiment to one of the world’s largest eSports. In that time everything about it has changed, from the way it’s developed to ideas as fundamental as the target audience – where Blizzard’s Team 5 may have originally picture players getting in a couple of games a day on their commute, it’s now got as hardcore a community as Dota 2. That meant rethinks at every level, whether fun or competitive play should take more focus, how it should be sold, balancing and more. But, says production director Jason Chayes, they think they’ve reached a good point.

The best decks in Hearthstone, for now.

“I think we are generally happy with where we are,” he says of the consistent level of RNG in the game of late, continuing into the new expansion, Mean Streets of Gadgetzan. “That’s something we spend a tremendous amount of time on the team talking about, how much randomness do we want in the context of the game. We’ve mentioned a lot in the past that we think randomness is very important to Hearthstone because that’s where a lot of very interesting stories come from. But it should be randomness you can manage based off your skill level, we think that’s the right idea – the best kind of randomness to have in the game.”

In the past Blizzard has fallen short of that mark for controlled unpredictability, most notably with the game-ending, saving, and everything-else-ing Yogg-Saron or the all-powerful and madly random Dr. Boom from earlier years, have fallen short of this mark. Chayes explains they’ve found a happier middle ground in the much-used Discover mechanic. “There is obviously randomness with it, you don’t know what three cards you’re going to be presented with, but it’s something where you can think about what you are trying to do with your particular deck type, what kind of class is your opponent playing, what’s the current state of board control and steering in a particular direction. 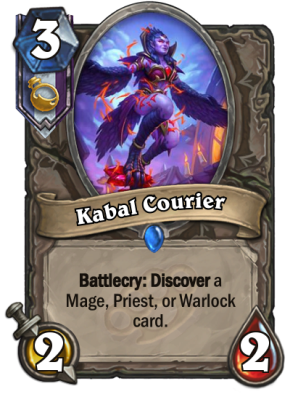 “We generally sort of try to move [that way]. There are cards in Mean Streets of Gadgetzan that have that aspect. Kabal courier, [for example]: there’s going to be some randomness there about which cards you’re given, but I think again as a skilled player my task there is to figure out what’s going to give me the most flexibility, the most options to deal with whatever the context [of the game] is.”

Tied into all that is card balance, another area where Blizzard have debated with themselves, and the community, as to the best way to go about things. Two major patches were required this year, one right at the start to introduce the Standard format of play and another fairly recently that aimed to move the meta into a more interesting spot ahead of the world finals and release of Gadgetzan. Will this rate of patching continue?

“We really wanna make balance changes when we feel like they’re necessary to help with the overall health of the game. So I wouldn’t necessarily say we have a specific cadence where they’d always be happening with the same frequency that happened this year,” explains Chayes, “but we did feel like it was very important to get them at the two times we did this year because there were enough issues with the meta that necessitated that.

“I don’t think we’re ever going to get to a world where there are no balance patches happening, because I think as much as we try to identify all the things that we can imagine might happen to the meta as a consequence of releasing these cards, and we have a super-talented team of balance designers and that’s all they focus on, we have a very big community of incredibly smart players that find things we didn’t anticipate.” 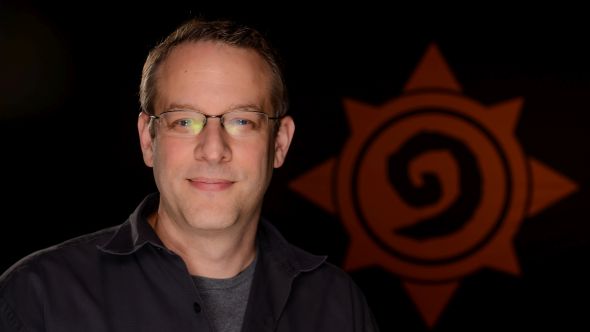 They’ve talked about the solution to this before – clear and present rules as to what leads to changes and why. Those rules aren’t going to change. “When there are particular cards that are just auto-includes for everybody and, like, you just have to play this card because it’s so powerful it’s a no-brainer. That’s something that worries us. And the other [scenario] is when there’s a particular card or combinations of cards that make a state of game that’s not any fun to play against. We’ve definitely made changes to Mage in the past, for example, where maybe the cards weren’t dominating from just a win-percentage standpoint, but they were just so challenging to play against that it just wasn’t fun. They were making it so you couldn’t do the things you wanted to do, so we’ll make nerfs sometimes for that reason as well.”

While the timing of balance patches may not stay solid due to the reactionary nature, another area Chayes thinks Blizzard are happy with is their current release schedule. “We still feel really good about the general cadence of having three major set releases per year,” he says, going on to explain that adventures are as popular as you’d expect. “I think the adventures have played a good role of injecting just a few new cards strategically into the meta and having some content for people who want to do PvE, play against the AI in a fun context. Overall, we like that structure, but I’d also say we want to keep experimenting, come up with different ideas in the future and find the best way to take what’s been successful and keep building on it.”

An area where progress may – or if you ask certain community members, definitely – be required is in communication. Hearthstone is not the only game where regular accusations of ignoring the community, not reading forums or otherwise avoiding feedback are made, but it has been one of the louder, particularly through this rocky year of OP Shamans and Purify. Chayes, to an extent, agrees. 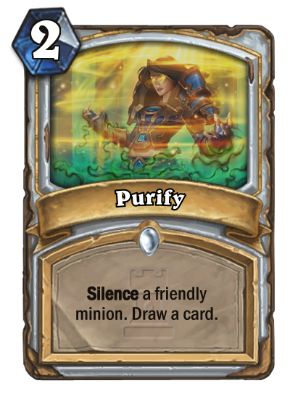 “I think there’s always room to be looking at ways to adapt our processes and make them better. We do feel good about things like [Ben] Brode’s developer videos he puts out, we have a number of people like Iksar [August Ayala, Hearthstone game designer] on Reddit, a bunch of other forums as well – I do think we have people who are out there, who are listening. That’s not to say we’ve done as much as we potentially could do. We’d encourage everyone in the community to continue giving feedback and we are looking for additional channels that we could do better with, overall it’s something that remains a big priority for us.

“Obviously, we want to listen to feedback from a bunch of different channels but, y’know, all of us read Reddit pretty much every day on the design and production team, we’re also listening to feedback coming through our forums, we have our dedicated community team that identifies the major themes and things we should be thinking about. We generally have ideas about where we want to go in the future and a big input to that is what we’re hearing from the community as well.”

Of course, it’s not that easy. A game the size of Hearthstone is more than just the 400,000 signed up to Reddit. There were 50 million registered at the start of this year, and with One Night In Karazhan doing better than its predecessors, that’s likely grown significantly. As you can imagine, that’s hard to deal with.

“We get different feedback from Reddit, we get feedback from different social channels we talk to, we talk to people here [at BlizzCon] and there’s a whole giant group of players that doesn’t jump on Reddit, some are casual players, maybe they only play on their phone. So we’re really trying to think about that broader community, like everybody’s making sure we’re thinking about what is the best game to service everybody as best we can.”

In the context of RNG, that means feedback that doesn’t necessarily always line up. “It’s definitely going to be the case that when we’re doing cards with more randomness they’re not going to make everybody happy, but we do have certain goals that we stick with. We want to keep Hearthstone very accessible, we want it to be a very high skill cap, strategic game that can really determine who are the best players in the world. Those are the guiding principles that help us figure out what’s the right approach to take with the game.” 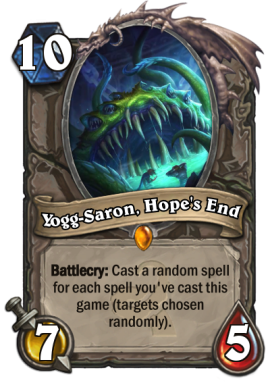 We don’t know how Mean Streets of Gadgetzan will affect the game – the last six months of the Yogg-Saron boogeyman was precursed by the majority writing the card off as fun for casuals, so it’s not like anyone’s claiming to – but more of the same, with a bit more talking, seems to be Blizzard’s plan. While it has been, at times, unpopular with the people, it’s taken a small team’s passion project to global dominance of a new genre: that’s something to be careful with.

{"schema":{"page":{"content":{"headline":"“We’re generally happy with where we are” – Hearthstone’s Jason Chayes talks RNG and balance philosophy","type":"post","category":"hearthstone-heroes-of-warcraft"},"user":{"loginstatus":false},"game":{"publisher":"Blizzard Entertainment","genre":"Free to Play","title":"Hearthstone","genres":["Free to Play"]}}}}