Update November 4, 2016: The goblin-based expansion teased for Hearthstone has been revealed at BlizzCon as the Mean Streets of Gadgetzan, complete with a new kind of card: tri-class cards.

The expansion, centred around the Goblin city of Gadgetzan, will feature 132 new cards on the theme of the local crime families of the town’s seedy underbelly. The weapon-smuggling Grimy Goons, the Jade Lotus assassins and the mana-hungry Kabal.

Each of these families have their own special tricks of the trade unavailable to rival families, so choosing your ally carefully is a big part of building decks in this expansion. They also represent three classes each, this leads to the introduction of what Blizzard are calling “tri-class cards” which are not exclusive to one class but not as openly available as neutrals.

We’ll have more information on the cards as they are revealed throughout the weekend and over the next few months.

Blizzard are continuing their tease of some kind of goblin-themed expansion for Hearthstone, which might or might not be a new set of cards.

As the Overwatch Sombra ARG has shown, you can go mad trying to decipher what it all means, so I’ll just pop them in here and let you decide.

Here’s the second one: 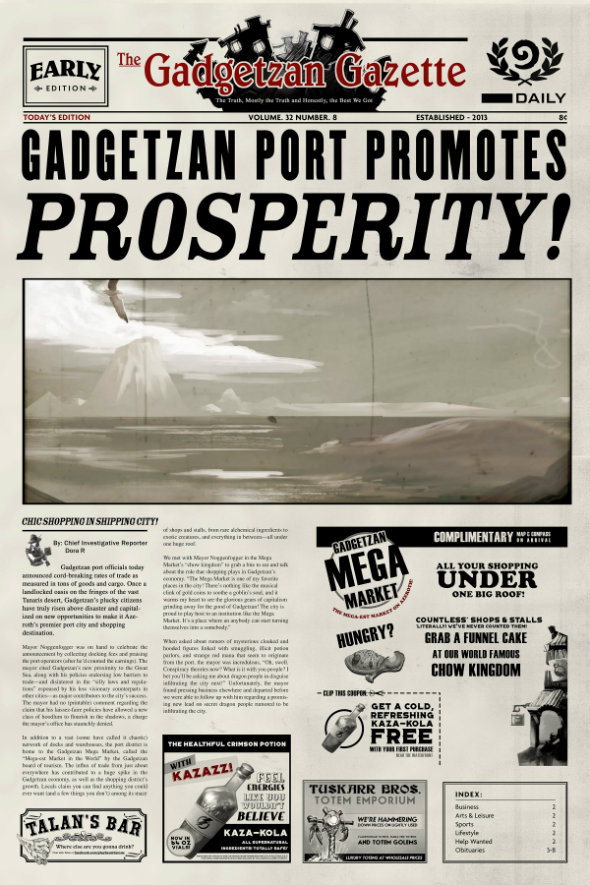 And here’s the latest: 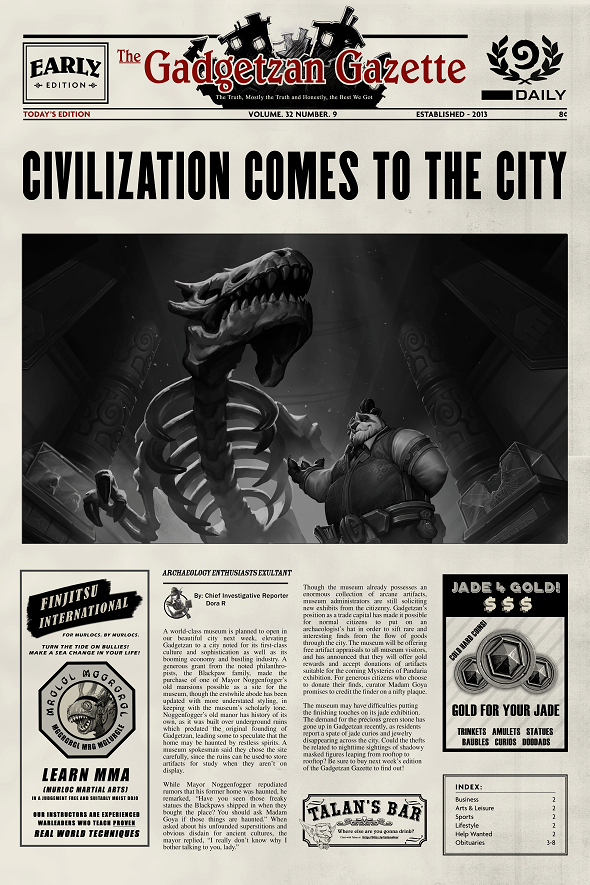 Update October 25, 2016:Blizzard have released yet another Gadgetzan Hearthstone tease, this time showing a page from fictional newspaper the Gadgetzan Gazette.

The fictional paper, released today, is filled with cool little details – make sure you check out the index if you want a laugh. Health and safety clearly isn’t a strong point in Gadgetzan. 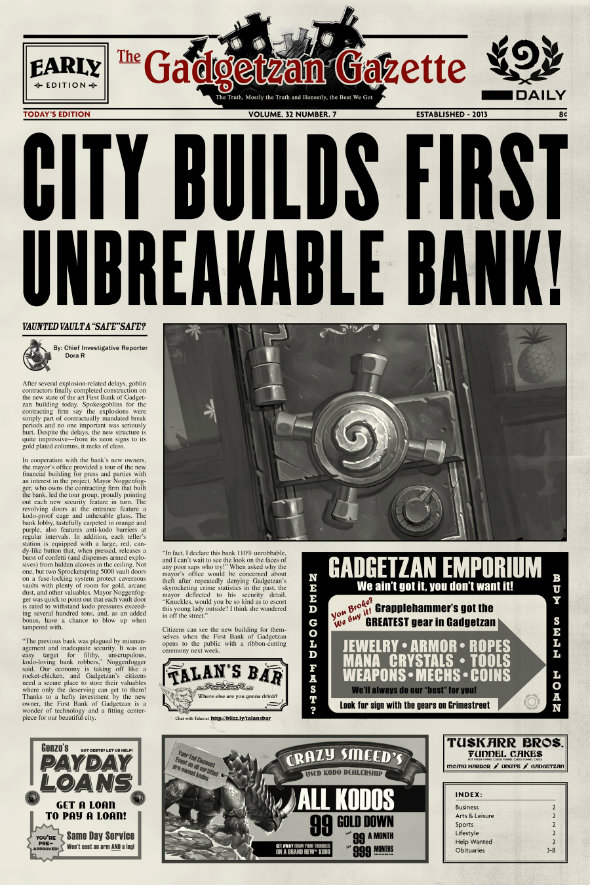 Some are speculating that the paper’s header image is the actual art for the set. We’ll update when we know more.

Orginal Story October 24, 2016: Now Whispers of the Old Gods is done and dusted, it’s about time for a new Hearthstone set. Judging by a post on the official Hearthstone Twitter, the next one’s going to be goblin-themed.

Gadgetzan is a neutral, goblin-made trading outpost where goblins and gnomes share ingenious inventions and ideas with one another, so expect goblins, gnomes and strange mechanisms and concoctions.

On the original Twitter post, you may notice some tiny writing around the edges. It says:”The word “safe” is not meant to constitute a binding agreement and does not imply safety, security, protection, preservation, peace of mind, confidence, reliability, dependability or trustworthiness.

Some of these painful-sounding terms could even be names of upcoming cards. They all sound like they’d fit.

Evidence of this being the next Hearthstone expansion was uncovered a few days ago by a redditor, who found a Gadgetzan domain registered to Blizzard. We’ll update when we know more, probably at BlizzCon next week.