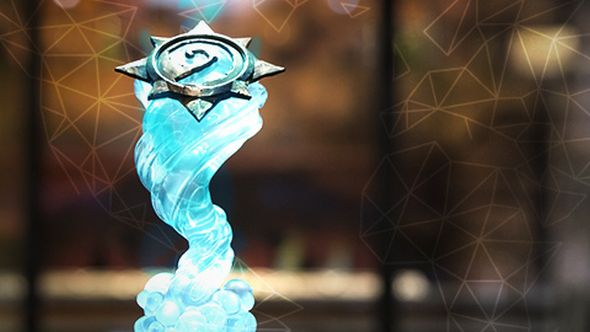 Blizzard have announced the Hearthstone Global Games, a unique Hearthstone tournament with national teams chosen by the community. The total prize pool is worth $300,000. If you’re pretty handy, you might just be eligible to get involved, otherwise you can vote for your favourite community figures and cheer them on.

Looking to get started in Blizzard’s CCG? Here are the best Hearthstone decks for beginners.

The top ranked player from each country according to the Hearthstone Global Standings will be automatically invited to their country’s team, but the other three are chosen by community voting from a pool of nominees. Nominations are issued according to Hearthstone Competitive points, previous competitive results, and general standing in the community. More details on voting will come “at a later time”.

Teams from 48 eligible countries will participate, with every player in the tournament guaranteed at least $1,000 from the prize pool. Each member of the winning team will receive $15,000, with $10,000 going to each of the runners-up, and $5,000 to those in third and fourth place.

There are three round robin pool phases before the finals, with each phase using a best-of-five, class-versus-class format, with nine unique classes per team. Each player on the team will have two classes they are able to play, with the ninth class designated the ‘Ace Deck’. The pool phases will sort four teams from the initial 48, who will be seeded into a single elimination bracket for the finals.

Here are the official rules, with all the details on eligibility if you’re good enough to be nominated. Further details are available with the announcement at the Hearthstone website.