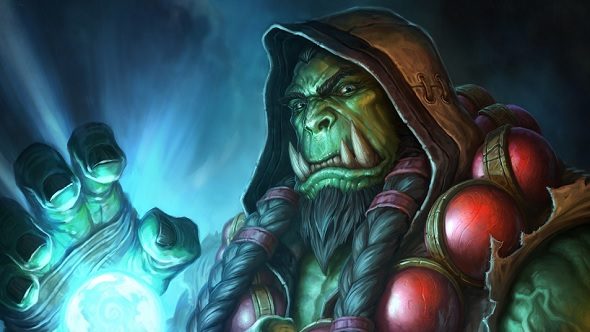 Update February 28, 2017: The latest Hearthstone patch is now live, kicking off the Year of the Mammoth.

Blizzard have finally released the official patch notes for the first big Year of the Mammoth changes, and you can read them below.

Get prepared with our list of the best Hearthstone decks.

The headline news here is that Arena is leaving Wild, meaning you can only play cards from the Standard format. Some Standard cards are also being retired in this, theYear of the Mammoth. This change is being implemented to make for more interesting and varied deck composition in Arena, though Blizzard say they might still tweak it if things don’t work as intended.

Patch 7.1 will also see Arena tweak the distribution of rare cards, making them more common than before. Expect Rare, Epic and Legendary cards to show up more in the draft. Spells have also been tweaked to show up more often.

On the contrary, two cards that are overused – Abyssal Enforcer and Flamestrike – will show up half as often as they used to. The same goes for Neutral cards, which won’t show up as often as before, making room for more exciting decks for veterans.

These changes will appear in a patch towards the end of February.

Update February 15, 2017:Taking to Reddit to answer some concerns, Dean Ayala – one of Hearthstone’s lead designers – has given some thoughts on the upcoming changes.

Ahead of the changes below going live Dean Ayala, aka IksarHS, has given the design team’s thoughts on how they should impact ladder play and competitive decks.

The main thrust of the questions he was asked was regarding whether they had tested how powerful Jade-focused decks would become in the wake of the two nerfs to aggressive strategies.

“This is something that is mostly a prediction rather than a result of testing. Whether or not Jade Druid and Rogue will be ‘good’ is meta dependent,” he wrote. “I don’t think these changes will magically make Jade decks strong against aggressive decks, but I think it’s safe to say the meta slowing down at any % is a good thing for Jade.

“Jade decks still aren’t great vs highly aggressive pirate decks, even after changing small-time buccaneer. If pirates are still played at the same volume they are now, I don’t imagine Jade will be very strong. We can playtest every matchup in the game between the 3-4 of us but that won’t tell us the exact rate at which each deck will be played on ladder, though it does put us in a good position to make a reasonable prediction.”

If that’s got you wondering why the Hearthstone balance team is only 3-4 people, Ayala answered a question regarding that as well, confirming as much plus detailing other areas of the 15-person design team. As you can imagine, this has freaked a few members of the community out, but more people isn’t always going to improve this. He went on to mention that community, art and so on are all seperate teams as well.

As for why the nerfs are coming at the end of February rather than right now when they’re quite sorely needed to shake things up, he explained this had to do with releasing on multiple platforms.

Original story February 14, 2017:Hearthstone’s patch 7.1 will be deployed towards the February and it aims to make Ranked more appealing for everyone, setting checkpoints at key milestones.

Ranked Play Floors are essentially these checkpoints, saving your rank every five levels. So if you hit Rank 5, 10, 15, etc, you won’t be able to drop below that during the season, even if you have a losing streak.

The idea behind it is to promote deck experimentation and reduce feelings of ladder anxiety.

On top of this change, there will be a couple of balance tweaks. For a start, Small-Time Buccaneer is getting its health reduced to one point from two.

“The combination of Small Time Buccaneer and Patches the Pirate has been showing up too often in the meta,” say Blizzard, via Reddit.

“Weapon-utilising classes have been heavily utilising this combination of cards, especially Shaman, and we’d like to see more diversity in the meta overall. Small Time Buccaneer’s Health will be reduced to 1 to make it easier for additional classes to remove from the board.”

Meanwhile, Spirit Claws will cost two Mana instead of one. “Spirit Claws has been a notably powerful Shaman weapon,” Blizzard explain.

“At one mana, Spirit Claws has been able to capitalise on cards such as Bloodmage Thalnos or the Shaman Hero power to provide extremely efficient minion removal on curve. Increasing its mana by one will slow down Spirit Claws’ ability to curve out as efficiently.”

Expect these changes to land towards the end of the month.