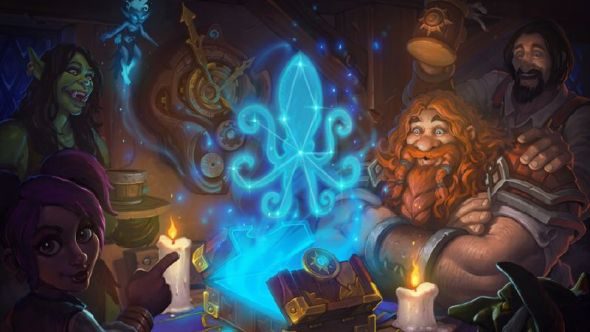 To call the Hearthstone community disgruntled over the past couple of months would be an understatement. From underpowered cards to Arena problems to the dominance of the RNG machine that is Yogg’Saron, they’re not best pleased with the state of the game. Another problem is more far-reaching – the idea that the tournament format, Standard, may not change enough over time. Lead designer Ben Brode stepped onto Twitter to talk a little bit about this, confirming that it’s entirely possible Blizzard aren’t done fiddling with the Classic set.

Wanting to get into Hearthstone? Try our picks of the best Hearthstone decks.

For the unfamiliar, Classic – along with the Basic set that is given to all players for free – is what defines Hearthstone. It’s the cards that provide the filler for decks, legitimise strategies and make sure some amount of identity maintains.

It also can lead to stagnation if those cards are too powerful, hence why the team at Blizzard decided to nerf many of the cards within when they introduced the idea of Standard. Now, it seems, they might do that again.

Since those tweets, Brode clarified that this doesn’t mean nothing will change before the end of the year, but it’s an option for when rotation comes around again in February or March with the release of the first set of 2017. He also defended the lack of specifics on Reddit, saying that it’s difficult to communicate more often when you don’t always have something to announce.

As that probably tells you, no specific decisions have yet been made. There’s an odd clash here between video game fans who are used to buffs and nerfs arriving as needed and the card game norm of working with what you have for as long as you have to. In Magic – the only card game with close to the pro scene or playerbase of Hearthstone – there are extremely irregular bans and they generally avoid the Standard format. They also rotate quicker, another option Blizzard could take if they’re worried about stagnation.

There’s roughly a month-long window from now before any major announcements would be better served waiting for BlizzCon. That show’s getting awfully packed, especially if you consider Hearthstone’s next set or adventure has usually taken center stage, but any changes to the formula are likely to be big enough to deserve that.