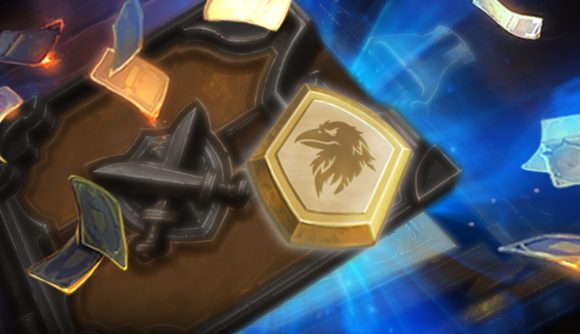 Earlier this year, Blizzard announced plans for a Hearthstone tournament mode as part of the changes coming in the Year of the Raven. Today, the developers have announced that their plans for in-game tournaments are now “on hold for the foreseeable future.”

The developers say “We have a lot of plans to improve many features of Hearthstone, including its social experience, and In-game Tournaments are an important part of that. Tournaments can serve many different audiences, but the implementation we’d arrived at catered to a very specific audience of players. Instead of broadening Hearthstone with an exciting new way to play, it felt ‘tacked on’, and wasn’t integrating well into the larger Hearthstone experience.”

As part of the most recent development blog, Blizzard says it needs to improve the game’s “overall social experience” before focusing on tournament mode would be feasible. With the existing design, “we no longer felt that the end result would deliver on everyone’s expectations or the high standards we have for Hearthstone.”

Blizzard said earlier this year that addition of tournament mode will allow you to play with friends, but is also aimed at helping with Fireside Gatherings – local, small-scale events where Hearthstone players can meet up and play together. The aim was to make some of the administrative aspects of the tournament easier to organise.

Things have been in flux for Hearthstone over the past few months, with director Ben Brode leaving to start Second Dinner with other members of the development team. The game’s also getting plenty of competition among the best card games on PC, with updates and spin-offs for Gwent coming this year as well as the launch of Valve’s Artifact.