Hearthstone’s current Hunter quest, Unseal the Vault, could be getting buffed. That’s according to game designer Alec Dawson, speaking with us in an interview about quest design.

Asked about potential quests or decks players are missing out on, Dawson responded “I think some people have messed around with the Hunter quests, and tried to make that one work. Possibly, it may get some support later on, it may bring it up a little bit”. Evidently, the relative underperformance of the Hunter quest hasn’t gone unnoticed by the development team.

The latest expansion, Saviors of Uldum, has seen the reintroduction of quests to Hearthstone after their previous appearance in Journey to Un’Goro. However, in the current meta the Hunter quest has generally been lagging behind.

‘Unseal the Vault’ requires you to summon 20 minions, in exchange for which you get a new hero power that will buffs your minions with an extra two attack. Summoning minions isn’t exactly difficult as a Hunter, but to get 20 on the board in a timely manner is pretty tricky. There is only one well-performing Hunter Quest deck at the moment, with Highlander Hunter, Secrets Hunter, and Mech Hunter all remaining the staple builds for the class. Quest Hunter hasn’t been competing. 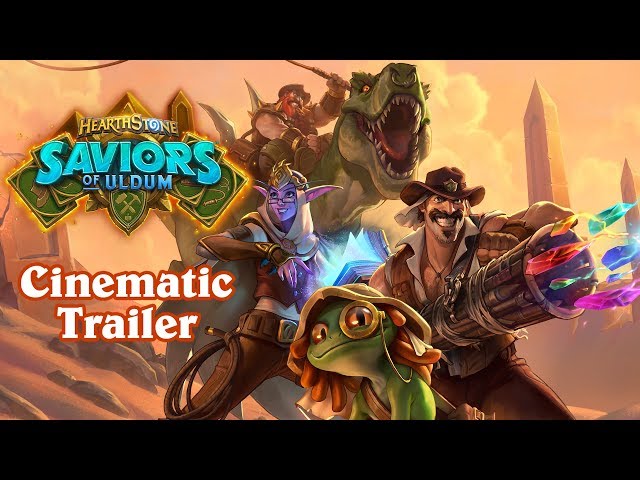 It remains to be seen how exactly Blizzard will give the Hunter quest a boost. Some options might be to require fewer minions summoned, or to reduce the mana cost of the hero power it grants from two to one. Alternatively, the devs could buff the hero power itself, and have it grant plus three attack for your minions.

Dawson mentions that the new quests have been heavily inspired by the “identity” of the classes, offering the Warlock’s new quest – ‘Supreme Archeology’ – as an example. This quest requires you to draw 20 cards before receiving Tome of Origination, after which your hero power becomes ‘Draw a card. It costs (0)’. Warlock identity is wrapped up with card draw already, as their original hero power sacrifices two health to draw one card, so this quest makes a lot of sense. Along with cards like Solarium and Plot Twist, it’s also very achievable, unlike the Hunter alternative.

Dawson says the development team “learned a lot from the original quests” in Journey to Un’Goro. Unlike their original incarnation,, the Saviors of Uldum quests have been quicker and less arduous. The Druid quest from Un’Goro required you to summon five minions with five or more attack in return for Barnabus, a five mana, eight attack, eight health minion, who reduced the cost of the minions in your deck to zero. This didn’t affect the cards in your hand, so in a world of Zoo decks and other alternatives the quest was just too slow. This time around the Druid quest, ‘Untapped Potential’, takes around four or five turns, and although your early game is affected by a slow start, the result of all ‘Choose one’ cards performing all actions is a massive benefit, and relatively well-balanced.

When asked about any other nerfs or buffs, Dawson gave nothing away, only reflecting on Luna’s Pocket Galaxy’s mana cost and the success of the Rise of the Mech rework period.

Dawson also commented that community feedback is important when it comes to nerfs and buffs so I guess we’ll just have to wait and see if Leeroy Jenkins will be Hall of Famed.