A Hearthstone streamer – and Hearthstone fans can probably already guess who – has managed to gain more than 20,000 armour in a single game, thanks to the ludicrous combo powers of the now-infamous Shudderwock alongside new cards such as Ice Cream Peddler.

Since the launch of Hearthstone’s latest expansion, Rastakhan’s Rumble, Jeremy ‘Disguised Toast’ Wang has been experimenting with Shaman decks based around Shudderwock. For Hearthstone novices, a card’s ‘battlecry’ triggers when the card is played, and Shudderwock’s battlecry is to repeat all other battlecries from cards previously played.

When combined with Saronite Chain Gang (battlecry: summon a copy of this minion, which makes a copy of Shudderwock when Shudderwock triggers this battlecry by proxy) and Grumble, Worldshaker (battlecry: return all minions to your hand and reduce their cost to one mana), it’s possible to summon an infinite loop of Shudderwocks.

This can obviously set up a huge number of interactions, which can make a turn take ages as they play out – none more so than in the game in which Toast gained 20,000 armour. Toast combined the above cards in a deck with minions that added armour on battlecries and deathrattles, most notably Ice Cream Peddler, which adds eight armour if you control a frozen minion.

Many opponents concede as the seemingly endless combos propel Toast’s armour past the point where they can realistically win (or have the patience to keep watching). In desperation, he offers to gift 30 subs to random viewers in his chat if he reaches 20,000, as Dot Esports explain. 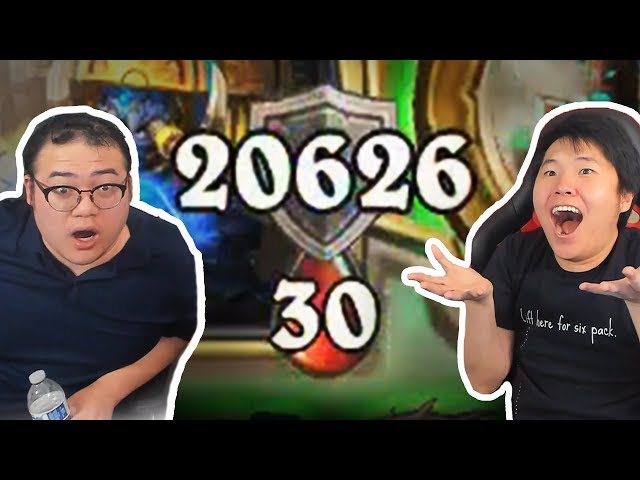 Eventually, Toast found ‘IamBuddah’ – an opponent willing to stick around long enough for him to reach the magic number. As the Shudderwock combos roll on, Disguised Toast finds time to work out, play other games in a window, and even critique Romeo and Juliet. There are moments of high drama as the game threatens to crash, but Toast gets there in the end. You can watch the highlights in Toast’s 17-minute YouTube video above.

Plays like this have been possible since Shudderwock was introduced back in April’s Witchwood expansion, but with the aid of Rastakhan’s Rumble, Toast has built a deck that makes infinite armour gain even easier and faster.