Hearts of Iron IV has just received its latest piece of DLC – Battle of the Bosporus. This is a smaller ‘Country Pack’ that only adds new narrative content for Turkey, Bulgaria, and Greece, so it’s distinct from the more impactful La Résistance expansion that was released back in February.

These three nations are all getting new ‘Focus Trees’, a narrative-driven mechanic that all nations have that lets you progress down a set path, one step at a time. Some act as shortcuts for various game elements, others either grant buffs (or remove existing debuffs) and in later years these trees have been used as a guideline for steering your nation down one of the handful of political routes available in the game.

They are in equal parts a creative and disruptive force within the WW2 grand strategy game, especially in more recent add-ons where they’ve been used to enhance the sandbox nature of the core design. Entire sections of the game, like diplomacy and production, are rendered meaningless because you can get all you need and more by just progressing down the right path of the focus tree.

If you want a more in-depth breakdown of the new Focus Trees, you can head on over to our sister website Wargamer who’s done a full review. 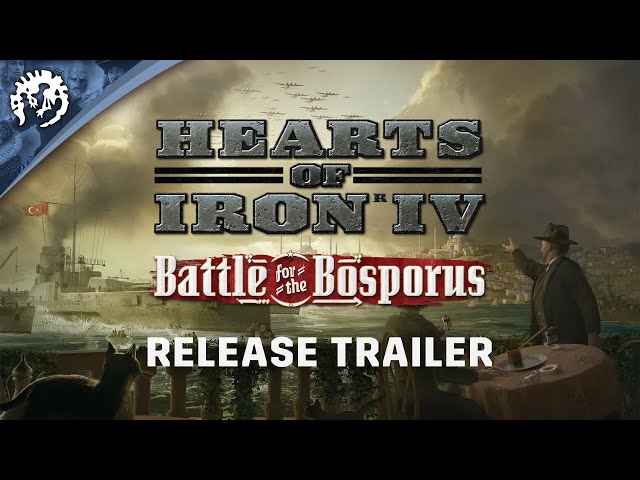 The Battle for the Bosporus DLC is accompanied by the free 1.10 ‘Collie’ patch, which adds new content for owners of previous expansions such as Death or Dishonor or Waking the Tiger. It also makes a bunch of bug fixes and quality of life tweaks, as well as adding new video tutorialisation and makes an old pre-order bonus free for everyone. You can read more about this via the official patch notes.