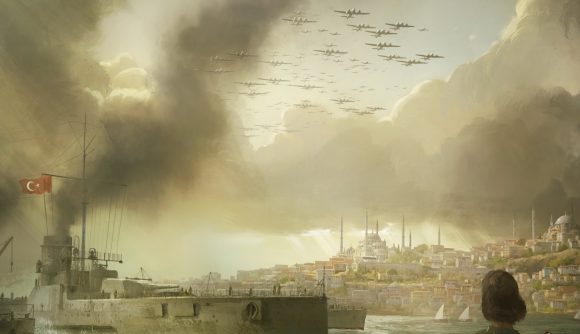 From competitive multiplayer games to the most niche strategy games, the concept of a ‘meta’ – a set of optimal choices that bring the most desired outcome – is not new. Sometimes changing up a game's meta is done liberally, but in grand strategy games like Hearts of Iron IV, you can't just throw up a quick fix.

But where there’s a will, there’s a way, and the developers are finally coming to tear up the old order and bring about a new era for warfare in Hearts of Iron IV. This is something the dev team have been talking about since May, when they first detailed some changes coming to combat, but former game director Dan Lind came back for this week’s dev diary to outline some additional changes that are going to bust the status quo wide open.

The WW2 game has had a rather stale combat meta for quite a few years now – known as the 40/20 meta – which relates specifically to how you design combat divisions in terms of their combat width, a key stat when it comes to large-scale formations in battle. On top of the province width changes mentioned earlier in the year, the devs are also changing how combat divisions choose their targets in battle, and how damage is spread.

“With these changes,” Lind explains in his section of the diary, “I can say that I am not really sure what the best meta is anymore.” If you want a glimpse at what the community considers the current meta, you can check out this Reddit thread:

The final tweak to combat mentioned this week is more of a quality of life change, concerning reinforcement during combat. No longer is it decided by the order a division enters a combat, but rather there is a randomised chance with modifiers available that can affect this chance. The change aims to put an end to some of the movement gymnastics players would have to engage for their divisions to appear in the right order.

Elsewhere, the diary talks about some additional changes coming to the Soviet Union rework. In a past diary the developers talked about the focus tree content for the exiles branch. Since then, they’ve incorporated some community feedback and suggestions, and extended the trees with more options, and lessened certain geopolitical choices reliance on which ideology the player picks.

At the time of writing, the upcoming Hearts of Iron IV DLC No Step Back doesn’t have a release date, but it should be coming out before the end of the year via Steam and the Paradox Store.

In the meantime, you can read our interview with Dan Lind, where he reflects on his time steering the game’s development up till now.