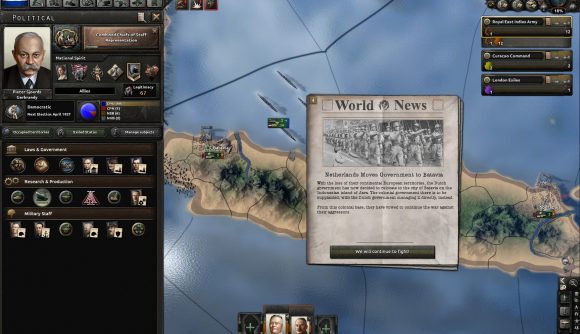 The full package of Hearts of Iron IV DLC would currently run you $159.85 USD. That’s small potatoes next to other Paradox games like Europa Universalis IV or Crusader Kings II, but like those games, the devs are now offering a cheaper way to get into all of that additional content at once with a subscription service.

You can subscribe to Hearts of Iron IV DLC for $4.99 / £3.99 / €4.99 per month, as long as you already own the base game. The subscription includes all currently-released DLC, as the devs explain in the announcement, including Together for Victory, Death or Dishonor, Waking the Tiger, Man the Guns, La Resistance, Battle for the Bosporus, No Step Back and cosmetic packs, as well as future releases.

Of course, this is all optional if you want to keep buying DLC the traditional way. You will continue to own all your old packs (well, as much as you can ‘own’ any digital product), and you’ll still be able to purchase new DLC packs in the future, too.

A new 2022 roadmap for Hearts of Iron IV suggests that the devs want to increase the update tempo, and if that means more DLC this subscription service might prove an effective way of keeping up now and then without breaking the bank. 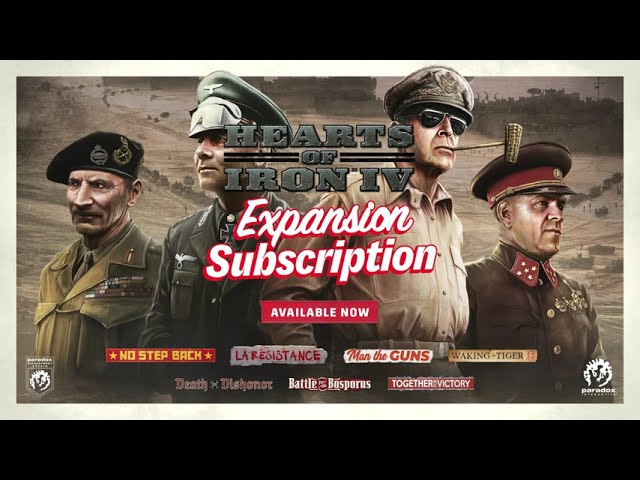