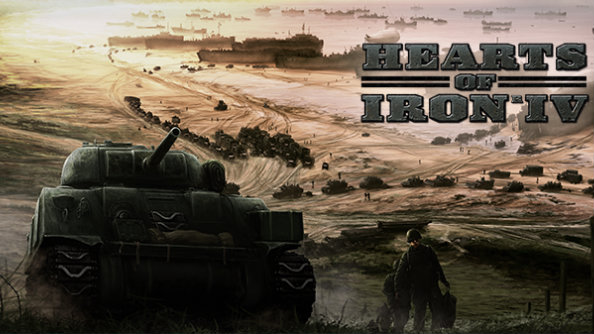 Nearly two years on from creating Hearts of Iron IV, Paradox Interactive have launched a special anniversary edition of the strategy game to celebrate selling a cool one million copies.

The WWII strategy game is the third of the Swedish developer’s titles, after Crusader Kings II and Europa Universalis IV, to join the one million sales club, which is pretty impressive.

As if a milestone edition isn’t enough, the Swedish developers have joined forces with Power Up Factory to include a hand painted collector’s diorama depicting an alternate history; with the Italian army raising its flag over the ruins of London.

They may not all have sold a million copies, but we think these are the best strategy games on PC.

If your penchant for historical-themed strategy games leaves you wanting more, you might want to keep an eye on the development of Imperator: Rome, which Paradox showed off to Jeremy earlier this week.

“When we released Hearts of Iron IV we didn’t know it was going to be such a success,” game director Dan Lind said in a press release. “We did not dare to make a big physical collector’s edition. It feels great to be able to make something like that now.

Lind adds, “You know you have the right job when you can dream up alt-history scenarios for your game and someone makes a big ass amazing statue of it!”

We’re less surprised. While Fraser wasn’t a huge fan when he wrote our Hearts of Iron IV review, Paradox have been inproving it steadily with patches and DLC.

If you fancy picking up a copy of the Hearts of Iron IV Anniversary Edition, which also includes the new Man the Guns expansion, or splashing out on the Anniversary plus edition you can buy it in the Paradox store.

Mike Horn, the CEO and president of Power Up Factory, also added that he was delighted to be involved with the special project, which unites gamers and collectors under one roof. “We have made a lot of interesting collectibles here, but this one’s a first for sure,” Horn said. “I lived in the Washington, DC area for many years and saw the real life Iwo Jima statue countless times. To now be able to make a creative interpretation out of it? Amazing!”