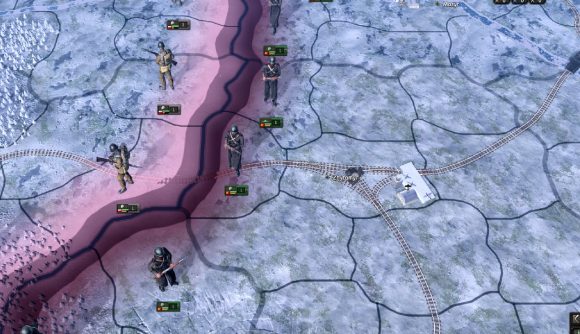 The Hearts of Iron 4 development team has shared new details on the upcoming 1.11 ‘Barbarossa’ update, as well as the new unannounced DLC that will be launching alongside it. The theme of the next wave of improvements will be on the Eastern Front and land warfare, one of the core systems of the WW2 grand strategy game.

A new season of dev diaries kicked off today with an early look at the new supply system that will be introduced in the upcoming patch. Other areas the team wants to improve include how weather impacts combat, as well as shaking up the current meta of division builds, which currently skews towards larger formations.

Historically, logistics were a vital part of planning a campaign, especially on the Eastern Front where supplies were scarce and infrastructure was poor. Quite often, expanding a long the major railway lines dictated the course of the campaign, where as in Hearts of Iron 4 supply and logistics are only something you worry about when there’s a problem, and you’re less inclined to worry about terrain ahead of time.

The new system will see supply flow out of a nation’s capital along railways (and overseas trade routes) to supply hubs. These can be cities, naval bases, or manually constructed stations. The better the rail infrastructure in a region, the easier it will be to supply troops in that region, although you have to make sure you defend key railway hubs to ensure supplies to the frontline aren’t cut off. 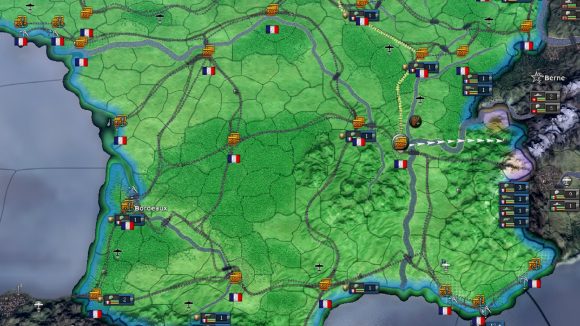 Rivers – which were important in the eastern campaigns – can also act like basic railway networks, although you will need to control both sides of the riverbank in order to draw supply from that river.

The hope is that this new system will incentivise planning your route of advance a bit better, as well as making sure you protect your own supply lines. Diaries will continue weekly from now on, and there will be more that look into the supply mechanics, as it’s a fairly nebulous subject.

We should hear more official news regarding the new expansion at the PDXCon Remixed event in May. There is also a patch expected in June to mark the yearly anniversary.