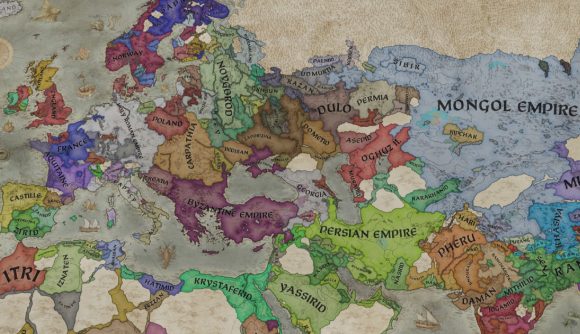 Strategy games are no longer as niche as they used to be, but they still don’t command the attention of gamers at large in the same way that FPS games or other multiplayer games can. As such, there are few titans to look to as the genre’s key pillars, but you can definitely point to Firaxis’ Civilization, Creative Assembly’s Total War, and Paradox’s spread of grand strategy games as such beacons.

If you’re the kind of player who enjoys a good chart, such as the ones that can be found on SteamDB, you might see Civilization VI and Total War: Warhammer II sitting pretty high up the list of most-played games on Steam (looking at current and daily peaks). But you might also be surprised to learn that, when viewed in the context series as a whole, the picture of which strategy games are more popular overall changes quite a bit.

User Beneficial_Energy829, posting on the Paradox Plaza subreddit, has pulled together some graphs that look at rolling daily peaks of players for Paradox, Civilization, and Total War titles, going back to 2013. Civilization VI may be the most popular individual strategy game, but for a while now Paradox Development Studio games appear to have been the most popular strategy games in that mix.

Here’s the Reddit thread in question – Beneficial_Energy829 also looks at individual games within each category in separate graphs:

It seems that, collectively, PDS titles overtook Total War and Civilization sometime in 2020, going by the user’s findings. Total War itself also saw a pretty big rise in 2020, overtaking Civilization, before dropping down below again towards the start of 2021.

The individual series breakdowns are also worth looking into as well. It took a while for Civilization VI’s player numbers to surpass those of Civ V’s, something that happened roughly three years after the newer game’s release according to the graphs. We talk about this in our Civilization V vs Civilization VI feature.

In Total War land, Warhammer II is quite clearly the dominant Total War game, but you can also see that Total War: Three Kingdoms managed to eclipse the Warhammer game at one point, before dropping towards the end of 2020. 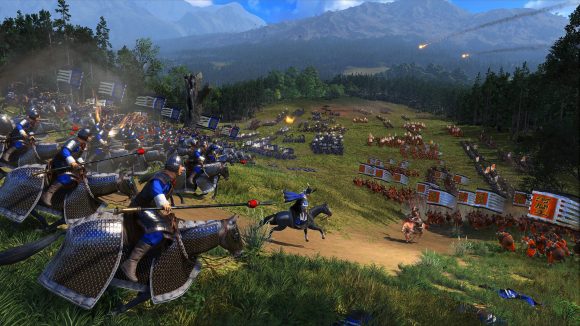 Finally, there’s the breakdown for the PDS titles. Paradox has mentioned before that Hearts of Iron IV is one of its most consistently popular games, something former game director Dan Lind feels is in part down to the creative mod community.

You can also see how it compares to other releases. The Crusader Kings figures jump right up at the end of 2020, right around the time Crusader Kings III launched, but have since fallen back down. Despite recent teething issues with a new development team, Europa Universalis IV also enjoys a strong but steady rise in player numbers. Stellaris, the last of the major releases, brings up the rear.

No matter which series you prefer, the main takeaway is that strategy gaming is great and we should all keep doing it. Considering how niche Paradox games might have felt even half a decade ago, to see them enjoy the same kind of mainstream attention that the Civilization and Total War games do is really cool. 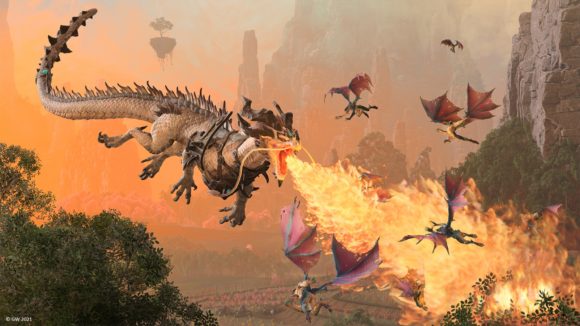 Paradox is working on, well, everything. All the current titles are still getting support, and Victoria 3 will be the next new grand strategy game. Other than that, the publisher has 11 more unannounced games it hasn’t talked about yet.