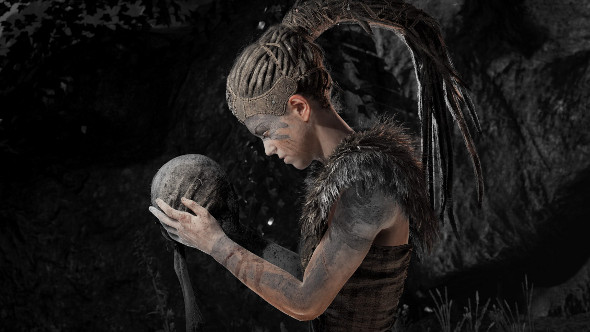 Hellblade: Senua’s Sacrifice made its money back less than three months after its release and more than six months ahead of schedule. A large part of its success is down to Melina Juergens, Ninja Theory’s video editor, who stepped in to take the lead role of Senua. She did one hell of a job, as her recent Game Award win for best performance reflects.

The day after her victory, Juergens was at Bilbao’s Fun & Serious Game Festival  to accept awards for best indie and best narrative design on behalf of Hellblade. While there, we got the chance to speak with her about what the game has meant to her, video technology in games, and the importance of going with the flow.

Curious about the engine tech behind Ninja Theory’s hit? Jeremy featured Hellblade in his Making it in Unreal series. 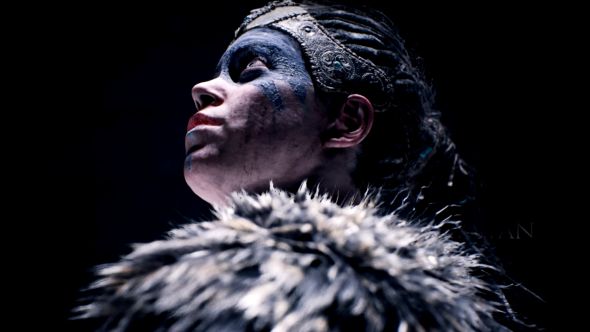 PCGamesN: So you just got back from winning the Game Award for best performance – congratulations!

Melina Juergens:Yeah I didn’t expect it at all, I was like: what is going on? Yeah, I’m super happy, super happy. Especially because I was handed the award by Andy Serkis – I love his work, so it was a real honour to get an award from him.

You hadn’t had any acting experience before this job, correct?

No, nothing. That would’ve been the last thing I wanted to do! I suffer from really bad anxiety issues myself, so if you’d told me to act in front of people three years ago, that would’ve been my worst nightmare! But now I’m kinda getting used to it, so it’s OK.

How did your casting come about?

It was pretty accidental! I’ve been working for Ninja Theory as a video editor for about six years now, and my job on Hellblade was to create the dev diaries, the behind-the-scenes episodes. So I was always in the background filming, and they had an actress for Senua, but she ended up dropping out of the role. After she left they were like: ‘can you just jump in and try on this helmet?’ They just wanted to test the technology, so they asked me to jump in a few times.

After a few weeks they [wanted to test it in] a scene. Tameem [Antoniades, chief of design] gave me the script and said ‘can you play the scene for us, so we can see if all the tech works together?’ And I was like ‘nooo! I don’t wanna play a scene in front of my work colleagues!’ I was really shy and embarrassed, and it was a really dramatic scene on top of that – there was a lot of screaming and crying – but I ended up doing it anyway, and Tameem was like ‘wow, that was pretty cool, do you want the role?’ And I thought, well, what happens to my video editing job? I just ended up doing both for the last three years! 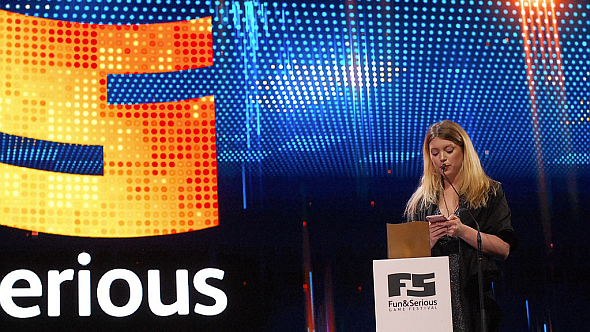 And here you are, with a Game Award! How did you approach the role, and why do you think you did so well in it?

I think there’s a lot of myself in Senua, because I’ve never acted before, and I don’t know how to act. I basically just used method acting – I used experiences from my own life, like traumas or my anxiety, and connected that with the scenes from Hellblade.

So it’s pretty emotional – when I cried as Senua, I was crying in reality. The motion capture scenes were very realistic: real emotions, real tears, real screams. Sometimes I would just sit in a room for half an hour to prepare myself for a scene, getting into a very dark space in my head. Nobody was allowed to talk to me; I would just sit and close my eyes, and really put myself into the situation. When I was ready I would just get up, and they’d start rolling the cameras like: OK, she’s ready, let’s go!’ It’s quite hard to put yourself into that zone.

Maybe my anxiety is part of why it worked out so well, because Senua suffers from mental health issues herself. So maybe there was a good connection between the two of us.

Has your experience on Hellblade inspired you to pursue acting further?

Yeah, I’d definitely like to do some more. I mean, I’m still Ninja Theory’s video editor, but if there’s other opportunities on the side, I’d love to do that, yeah. I had a few people approach me after [the Game Awards], after I won, and I don’t know if there’s anything serious coming out of it, but that’d be cool.

In videogames, or on-screen? 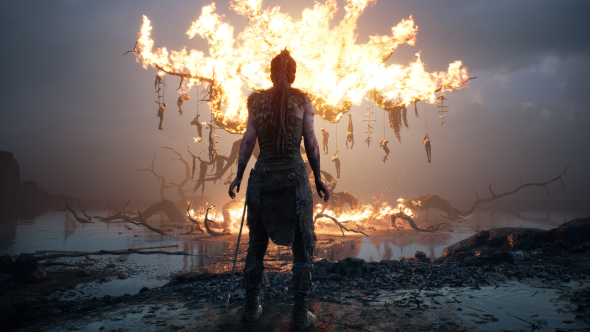 Are you at all hesitant about getting into acting more? You mentioned your anxiety…

Yeah, I think I am a bit worried about taking on other roles because I’ve been working with colleagues that I’ve known for six or seven years, so it was quite a comfortable space for me. I was shooting scenes in our own office – we turned our meeting room into the mocap room – so it was a very comfortable environment. Taking on a different role with different people in a different environment will probably be quite scary, but I would definitely give it a try, and it will probably work out fine like it did with Hellblade. That’s what I’ve learned in this project, to just try stuff! Just do it!

But you’re still committed to video editing, at least for now – what drew you to that career?

That was actually accidental too, like everything! I actually started as a photographer: photography was my passion, and photo editing, so I was training as a photographer in Berlin. I got a job offer from Ninja Theory to shoot photography behind the scenes for Devil May Cry, so I quit my job training and went to LA to do that.

And I just saw how much – it sounds stupid – but how much money they’re spending on getting other companies to do game trailers. And I thought: I think I can do this! I’d never done it before, but I thought I’ll have a go. I downloaded Sony Vegas, made a couple of trailers, and showed [them to Ninja Theory]. And they were really impressed, they really liked them, so I ended up doing the Devil May Cry trailers, then the Hellblade trailers, and some other projects, too. 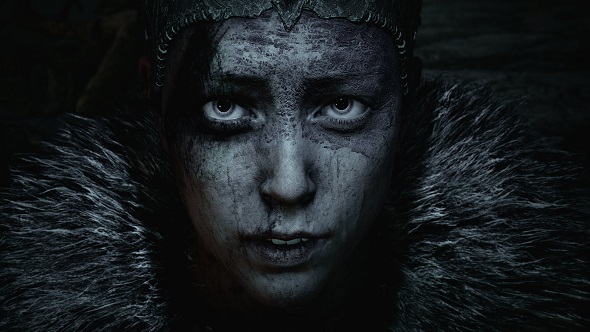 Having worked both in front and behind the camera, do you think the importance of videogame performances is growing in line with technology?

Yeah definitely, just from the partners we’ve worked with – we worked with 3Lateral in Serbia, who scanned my face, and Cubic Motion in Manchester, who were responsible for all the facial solving, the job they’ve done is just amazing. If it weren’t for them, the performance wouldn’t have come across as amazing as it did – every tear, every movement of my face came across in Senua’s face, and it’s super realistic. I think if it wasn’t for that, you wouldn’t feel the same way about the character.

Reflecting on the game, what does it mean to you, having worked behind the scenes and giving a performance so central to its success? I assume you must be very proud?

Yeah, it was an extremely personal project for me. If I could, I would work on Hellblade for the rest of my life, probably. I’m just in love with this project because it’s been such a personal journey for myself. Removing the stigma around mental health is really important to me, and I think this project has such a great message. It’s just awesome. I love it.

This feature was originally published on December 14, 2017. Read more about Hellblade: Senua’s Sacrifice.