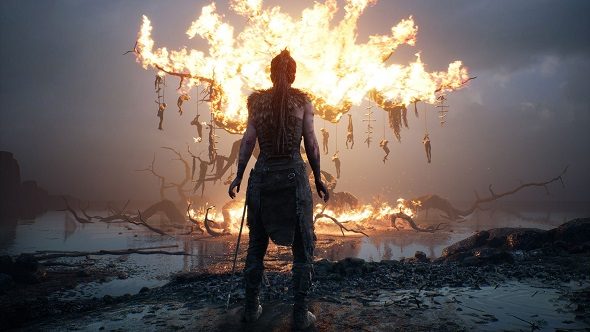 As part of their spotlight on Hellblade: Sensua’s Sacrifice, Game Informer got the chance to sit down with creative director Tameem Antoniades to discuss Ninja Theory’s goals in self-publishing Hellblade. Having worked with huge developers and seen the rising cost of making a game first hand, Antoniades wants to see a third way established for developers, one that fits between the struggles of indie and the exorbitant budgets of triple-A.

Check out what’s coming over the horizon with our list of upcoming PC games.

Following the cancellation of Razer, a huge co-op action game developed by Ninja Theory, the team was essentially told that they could make indie games or they could stay within the sphere of triple-A. Those were the only two choices now available in the industry. Antoniades saw the fall of great ‘double-A’ studios like Mucky Foot and Bullfrog, who became a victim of the great divide between indie and triple-A, and decided that there must be another way. The indie space proves that there is a market for both story-driven and creatively risky games, while triple-A shows that people want graphically impressive games, so there must naturally be a market for a combination of all three.

According to Antoniades, Hellblade: Senua’s Sacrifice was to be self-published from day one so the game could be “the pure Ninja Theory experience” that fans want to see. Moreover, dealing with a publisher could have possibly diluted the themes Ninja Theory wanted to explore with Hellblade, mainly being Senua’s struggle with schizophrenia and mental illness. Rather than being told “this is not going to sell”, the self-publishing route gave Ninja Theory full creative control of the story they wanted to tell.

However, Antoniades does concede that having developmental constraints does push a team to be more creative to get round certain problems. However, rather than being creative constraints brought on by a publisher, Hellblade’s constraints have been budgetary. This has spurred Ninja Theory to develop a motion capture system in partnership with companies like Epic Games and Cubic Motion, which has pushed the technology on past films like Avatar. The spirit of constraint has forced Ninja Theory to “find new solutions and question why things were done”, says Antoniades.

Ultimately, Antoniades sees the future as “a healthy mix” between working with a publisher and having a degree of creative freedom. He states that working with a company like Capcom on DMC was a great collaborative process and it’s something he’d like Ninja Theory to do in the future, but there needs to be a space for developers to cultivate their own IP without publisher interference.