Last night I finally dragged myself to the cinema to see 1917. It’s a remarkable, if flawed, film that, as has been politely pointed out elsewhere, often bears a striking resemblance to a videogame. But this resemblance isn’t simply because there are men with guns all over the place, and nor is it a result of the film being presented as one continuous shot – an impressive though sometimes distracting technical feat. They are undoubtedly factors, but the allusions run much deeper than that, and often call to mind the charming limitations of contemporary interactive entertainment rather than their broader scope. [Spoilers follow.]

The film opens with Lance Corporals Will Schofield and Tom Blake, the film’s protagonists, being woken from their uneasy slumber and given an objective – follow their NPC sergeant through the camp and trenches. The trio wander through the area as the scene is gradually set; tired soldiers engage in pretend conversations and busy-work around them while some occasionally awkward exposition peppers the journey – presumably in order to avoid leaving any of the audience who happen to be dual screening behind.

The reason for Schofield and Blake’s rude awakening, it turns out, is that General Erinmore has a special quest for them – one which will result in them embarking on an arduous expedition, alone, facing unreasonable odds along the way. It’s a great opening, but it’s shortly after this tense sequence that the parallels really begin to emerge.

Tasked with crossing no man’s land, the flustered pair make a beeline for a gap in the miles-wide barbed wire defences that sit a few metres beyond the trench lip. You can almost feel the satisfying squeeze as those bespoke animations take over and the characters slowly move through the narrow space. A wasteland pocked with craters and filthy puddles follows, many filled with the ruined bodies of soldiers who previously attempted to cross, and one containing a scuppered Mark V tank. 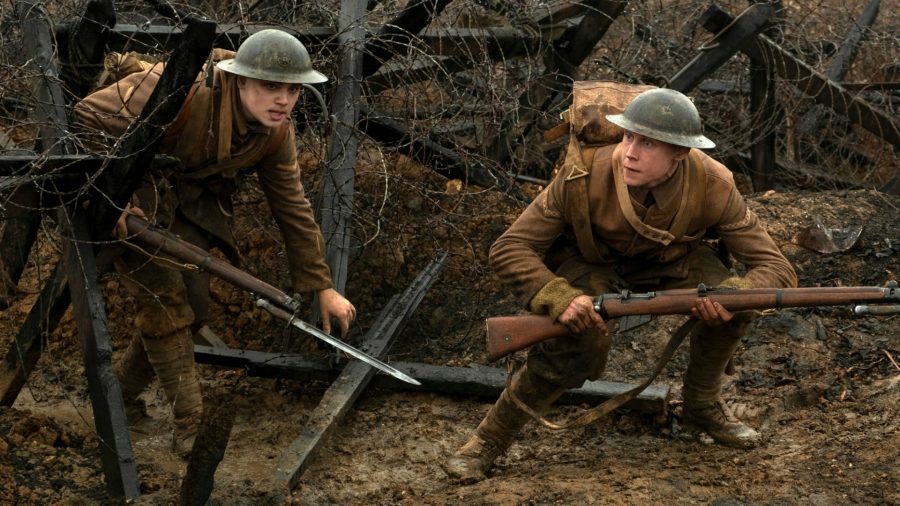 Trench foot, disease, injury, and death all linger like opportunistic vultures as Schofield and Blake negotiate this perilous expanse. Despite this suffering, at the other side of the hellish landscape – one that seems to extend for a miserable eternity in every direction – convenience awaits: there is another person-sized gap in the German wire, right at the point we reach it.

There is a person-sized gap in the barbed wire, right where we reach it

Similarly, in the abandoned German trench Schofield and Blake find beyond, a number of potential pathways are blocked off by rubble, forcing them to descend into a pitch-black dugout – the only available route. Through a combination of artifice and technical necessity, the illusion of a wide-open world is constructed around a linear pathway, albeit one that occasionally balloons to allow for wiggle room.

This feeling is reinforced by the set pieces which intersperse the film. At one point, the pair come across an intricately detailed farmhouse which stands next to a river within acres of countryside. The building is the singular focus of the scene, surrounded by a picturesque void, irresistibly drawing the eye and signalling that, for all intents and purposes, nowhere else exists. 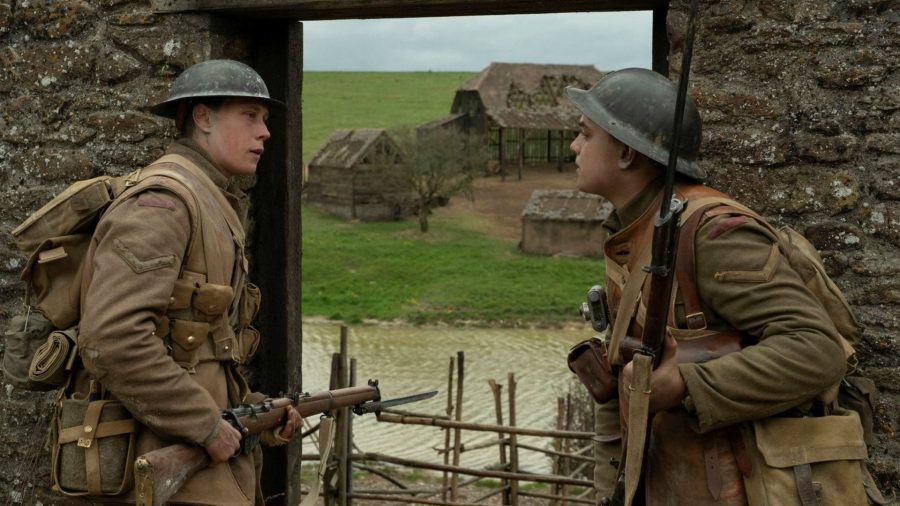 There’s no mistaking what the priority is here, or where Schofield and Blake should head next. Later on, Schofield must negotiate a collapsed bridge in order to cross an interminable canal, under fire all the while from a sniper nesting in the only still-standing building on the other side – a clear, if stressful, path through a tangle of scrap metal and malice.

The building is the singular focus of the scene, irresistibly drawing the eye

There are other videogame-esque forms of signposting, too. Light and sound telegraph the correct pathway – a burning town centre, drawing anyone lingering in the gloomy surrounding streets towards it, for example, or a distant singing voice serving as an audible breadcrumb trail through the woods – while contrived-but-striking aesthetics anchor the viewer both geographically and narratively.

A shower of cherry blossoms, indelicately deployed in the final third of the film, provides the basis for an otherwise powerful, ephemeral callback as a nearly broken Schofield is rallied to push himself yet further. And a high-contrast chase through the ruins of a town, avoiding the attention of mostly faceless, just-out-of-focus enemies relays a profound sense of disorienting concussion. 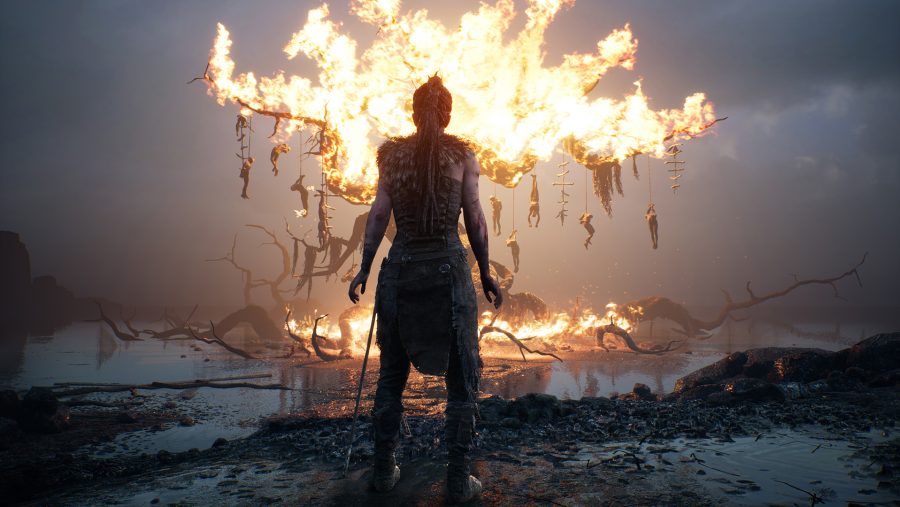 The latter of these sequences even includes the payoff for a side quest as milk discovered back at the farmhouse is delivered, in a somewhat constructed fashion, to a besieged baby and its carer. There is also an escort mission at one point, but – get this – one that builds a powerful emotional bond rather than torpedo any possibility for compassion. And there’s some cleverly deployed crowd tech as Schofield approaches the source of that aforementioned singing voice, finding an impenetrable circle of soldiers listening. It won’t feel like an invisible wall if you make the geometry complex enough, after all.

None of these comparisons are intended in a sneering or derogatory fashion. Quite the opposite: these are the characteristics that left me wishing I could play the game I’d just watched when I left the cinema. They are what made such a project feel possible.

It never ends: The best war games on PC

The stream-of-consciousness nature of the film – a stylised patchwork of stitched-together recollections, unwavering focus, emotional heft, intense visuals, and effective telegraphing of psychological distress – calls to mind aspects of Ninja Theory’s Hellblade: Senua’s Sacrifice, SIE Santa Monica’s God of War, or Naughty Dog’s The Last of Us. All three studios have enjoyed mainstream success from projects that deal with immensely difficult subjects, and I’d love to see what any of them would do if tasked with tackling WWI.