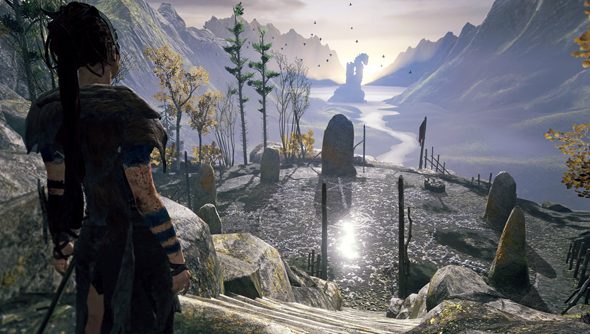 Videogames have succeeded in a myriad of ways, but they’ve not been especially skilled at tackling serious subjects. Not as far as mainstream-focused studios are concerned, at least. For every one game about genuine issues that affect our lives and those of the people around us, we’ll have the option of playing 50 that put us into the shoes of a spy, assassin, space marine or generic grunt. Variety is not something the mainstream is particularly good at, or striving to be good at.

Hurrah, then, for Ninja Theory, the studio that gave us DmC: Devil May Cry and Heavenly Sword, turning its attentions away from trying to garner superlatives along the lines of ‘epic adventure’, ‘explosive combat’ and/or ‘high octane thrills’. Instead, Hellblade is a story of Senua, her struggle with psychosis and an exploration of what it means to be impacted by mental illness.

As a result of her psychosis you can never be sure that what you see and hear is real, setting up a situation in which it’s impossible to do anything but question everything that comes your way. It might look like night, but the reality is that it could be midday. That blood on the floor might be real or might be a puddle of water that has become distorted in Senua’s mind. Perhaps there isn’t any liquid on the floor at all.

The level of distortion is dependent on the level of tension and fear that Senua is experiencing at the time. This being a heavily author-driven project, these emotions cannot be influenced by you. Instead, as you wander through your environment you’re joined by narrator-esque voices in your head that whisper to Senua and alter her state of mind for better or worse.

Whether these voices actually belong to anyone living is unknown. 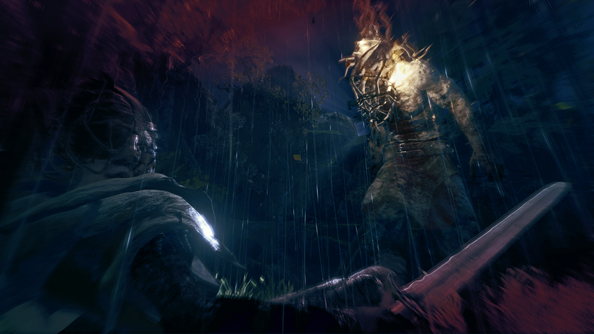 Ninja Theory is vocal in its desire to do justice to mental illness conditions and raise awareness regarding just how seriously they can damage the life of not only those living with the illness, but also the loved ones that surround them. We’re told that a great amount of time has been spent talking to people with mental illness and consulting with professors and experts on the subject in order to portray the nature of this debilitating reality.

In order to achieve this degree of focus and depth Ninja Theory has opted to develop, publish and distribute the game as an independent project and were very upfront with us regarding the belief that such a game wouldn’t have gotten made in the way intended if a publisher was involved.

The independent angle, as well as the fact that only 15 people have been assigned to the project, means that Hellblade will clock in with a relatively short running time. There has been no indication regarding the true length of the game, other than it will be short and that it will be coupled with a price point that matches that length.

Not everything is concerned with exploring the mind, however. Unsurprising, for a Ninja Theory game, combat does play a part in both Senua’s story and how you interact with her world. It’s not known whether they’re real or not, but abnormally tall humans wearing animal skulls on their head appear out of the darkness and attack you – the speed and nature of their onslaught very unlike the studio’s approach to combat in the past.

Gone is the obsession with speed and combos that inhabit the aforementioned games, replaced by something heavier, slower and based more around dealing deadly, rather than numerous, blows. 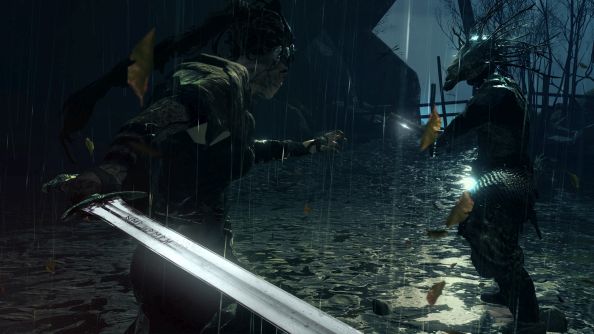 Attack, heavy attack, dodge and block are your only options, each requiring precise timing to execute in a manner that causes your enemy distress. The result of such a blunt system is that every strike feels meaningful, bringing with it the fear that every failed block could result in death. Thankfully, the converse is also true – every successful blow feeling as though it could well end your foe’s existence.

From what we’ve seen, though, combative situations play second fiddle to absorbing the narrative and understanding Senua’s plight. While enemies come across as suitably ugly and horrific, they pale into insignificance when you compare them to the terrors that Senua is putting herself through in her own mind.

If Hellblade can deliver that very concept – that what you imagine is scarier than anything you can experience – then it will have done what so few games from mainstream studios have managed. Namely, sow the seeds for an idea to continue to grow in your own mind once those credits have come to an end.

Given Ninja Theory’s background in narrative design and development, there’s every chance that this could be the game to spark greater interest in exploring everyday problems that affect real people.

Whatever the case, the mere fact that someone is trying to do exactly that will hopefully act as a wakeup call for others to do the same. Lord knows we’ve already got enough space marines…