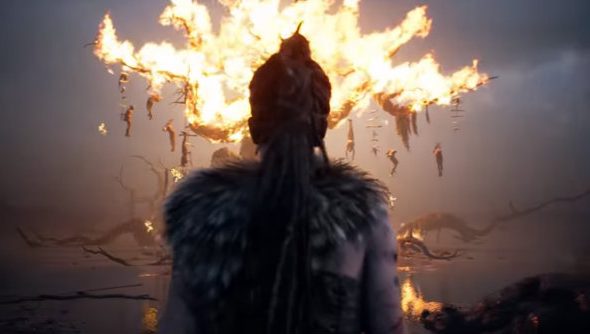 During Epic’s GDC 2016 livestream, we were shown something truly impressive from Hellblade: Senua’s Sacrifice – a new technique for capturing an actor’s performance and displaying it in Unreal 4 in real-time.

Could the small Hellblade team get a game onto our list ofPC’s best looking games?

Ninja Theory were welcomed onto the stage to show off a new trailer from Hellblade, the developers putting an emphasis on the believability of its lead, the Celtic warrior Senua.

They spoke about how they wanted to push Senua as far as they could, and how they teamed up with Unreal Engine creators Epic Games, facial tech specialists 3Lateral, and facial animation experts Cubic Motion to achieve this vision.

Hellblade tells the story of a warrior who has suffered deep trauma and developed psychosis as a result, so Ninja Theory felt like they needed to really push the visuals to do these difficult topics justice, as well as to better carry the emotion of the actor’s performance.

Watching the trailer was impressive enough – the visuals and the sound work really showcasing the talents of the 16-person development team – but then Ninja Theory pulled the rug out from everyone and revealed that the actress was just off-stage, acting out the entire thing in real-time via a performance capture headset, her every facial twitch and utterance transferred to Senua in her 3D world.

Watch the trailer below and try wrap your head around the fact it was performed in real-time.

This tech could have an even bigger impact outside of Hellblade, though, as anyone with a flair for cinematography and camera work will be able to create movies using the software, called Sequencer. Epic have released it already onGitHub, and it’ll allow people to use Unreal 4 assets to create 3D sets, get a bunch of performers together and potentially create convincing 3D animations with minimal effort.

“The lines between film production and game production are getting blurry, and we’re going to make those lines blurrier,” said Epic’s Michael Gay.

Tim Sweeney also spoke briefly about how this could affect the future. He suggested that eventually a form of the tech could move into players’ hands, allowing performance capture cameras to be integrated into VR headsets, which could open the door for fully interactive alternate realities where people can hang out with their friends.