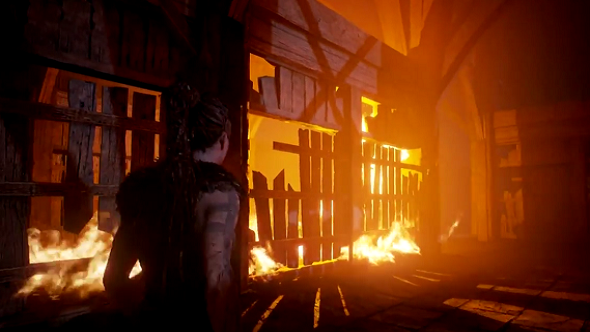 Hellblade: Senua’s Sacrifice has been delayed into next year, and its developers haven’t even hinted at a new release window. It looks like a trip into the damaged psyche of a Celtic warrior will have to wait a while longer.

Keep up-to-date with the industry in our upcoming PC games list.

With this year almost being over, it’s no massive surprise the game has been pushed back, as it was originally slated for 2016 and there’s been no word. The surprising thing is the lack of a new window, beyond “2017”.

While Hellblade might look like a triple-A development, it’s actually being headed up by a small team of around 15 people at DmC studio Ninja Theory.

They’re using some clever tech trickery to transport actor’s performances into the game in real-time, saving them some time on the animation side. No doubt they’ve got some other tricks to make development easier, too.

However, even with these tech advances, Ninja Theory are struggling to hit their original development timeline.

“Our progress on Hellblade has not been as fast as we would have liked,” Ninja Theory say in the video embedded above. “One of the reasons we’re creating Hellblade independently is because it puts decisions in our hands. Rushing the game out for release or compromising on quality is not something we are willing to entertain.

“We don’t have a release date for you right now, but we’ll let you know when we can be certain of one ourselves.”

Considering the fact they’re pushing both audio and performance capture forward, I say let them take as long as they need. Some of the stuff Hellblade is doing with sound is just incredible, so hopefully it’ll be worth the wait.

For now, we’ll just have to make do with the regular development diaries.