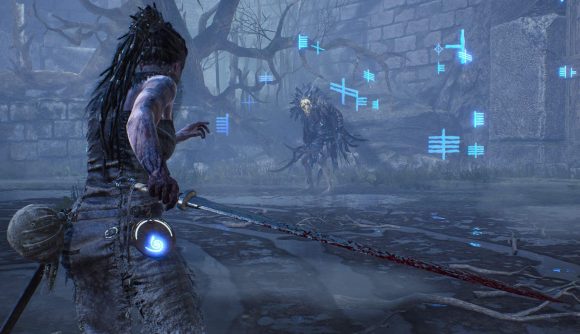 After releasing an Optimised for Series X|S patch for Hellblade: Senua’s Sacrifice earlier this year, developer Ninja Theory has finally released a patch for the PC version that brings substantial accessibility and graphical enhancements to the game. The patch is live right now and comes at no extra cost to current or future players.

The most transformative change to the game’s visuals comes in the form of ray tracing, which is used to render more accurate reflections and shadows. Ninja Theory has also taken the opportunity to update the game’s materials, particles, and LOD (level of detail) so there’s plenty for everyone regardless of their GPU’s ray tracing capabilities.

To help boost fps, the game now supports both Nvidia DLSS and AMD FSR upscaling techniques. Given how taxing ray tracing can be, even on the best graphics cards, these techniques should help keep Hellblade running at high frame rates without skimping on visual fidelity.

This update also introduces a new accessibility tab within the game’s options, which is available on both gaming PCs and Xbox Series consoles. Players can now customise the colour, size, and background of subtitles as well as make use of several colour blindness profiles. Additionally, the game can now be played with a mono sound profile. 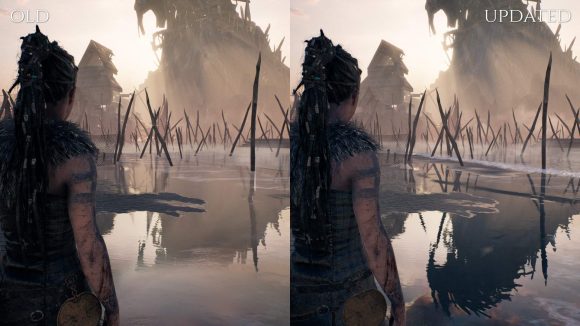 If you fancy a thought-provoking adventure into Helheim, you can grab Hellblade: Senua’s Sacrifice via Xbox Game Pass, Steam, or the Humble Store. Here’s hoping we don’t have to wait too long for updates on Hellblade II, which last showed up at E3 earlier this year during Microsoft’s press conference.