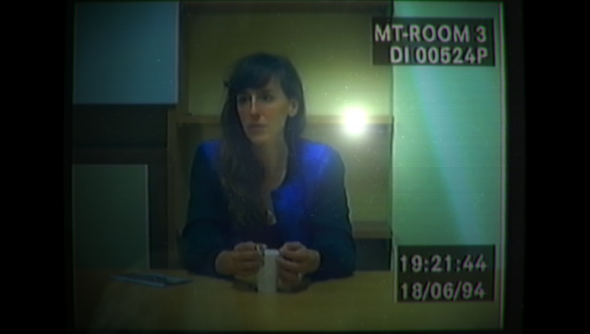 Her Story is an abstract crime fiction game with a “non-linear” storytelling, by Silent Hill Shattered Memories writer and designer Sam Barlow. Players are given access to archived footage from a police database, where they’ll be tasked at piecing together the mysterious murder of a woman’s husband.

Here’s where it gets interesting: to search through these video clips, players will search for specific words that are spoken by the questioned woman.

“If you can Google, you can play Her Story” says director Sam Barlow.

Director Sam Barlow believes that Her Story will be accessible to everyone. “The mechanic of searching for clips in the database is so simple that anyone can pick up and play.” assures Barlow. “But it’s a mechanic that quickly reveals its richness and complexity. At times it can feel like you’re engaged in a genuine dialogue with this woman and her story. It’s a unique way to interact with a narrative, a sculptural way of viewing a story — and something that can only be done interactively.”

While Her Story is surely something new and fresh within the games industry, its practical application has been in use for a long time within the legal system. “The aesthetic is True Detective via Blair Witch.” Barlow explained. “I’m interested in showing that accessible technologies such as video offer a powerful way for indie games to showcase a performance. I am also putting the spotlight on the modern phenomena of the Youtube Jury, in which police forces distribute the footage of intimate suspect interviews for armchair detectives to dissect. You see it in cases such as those of Jodi Arias and Amanda Knox — cases where the suspects’ stories themselves get lost amongst the torrent of clichés and prejudices that the videos elicit.”

If this makes you don your detective hat and pipe, you can vote for the game on Steam Greenlight, today.