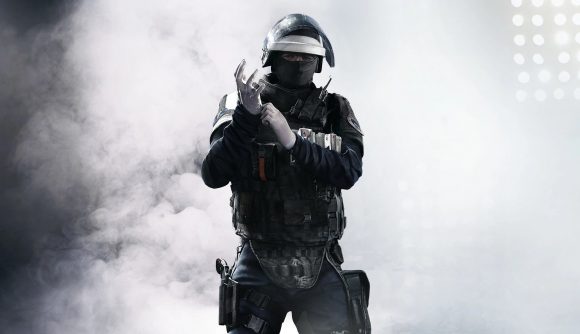 Competitive Rainbow Six Siege action is hotter than ever now that it’s week 8 of the ESL Premiership Winter Season, and once again, we’ve got a selection of the very best plays for you to watch. The top five showcases of gamesmanship this week feature the best players from Vexed.Ebuyer, Barrage, Unnamed, and Guidance Gaming showcasing their abilities.

First up is Barrage’s Boogie making fantastic use of Mute’s nitro cell, sending the enemy Zofia to oblivion. Next, Vexed.Ebuyer’s Zak cleans up on Boarder with Mira’s wonderfully aggressive Vector SMG.

Meanwhile, Guidance Gaming’s Haze shows lightning reflexes as Doc, using the MP5 to eliminate attackers attempting to break into site via the window on Oregon.

Barrage continue to use nitro cells to amazing effect in a match against Vexed.Ebuyer, with Rendy denying the attacking team’s Thermite access to the building. The defuser goes down with him, putting Barrage in an excellent defensive position.

Another Barrage vs Vexed.Ebuyer match, this time on Border, sees the entire Barrage team nail the defence, with 4 kills from Rendy, Kiza, and Boogie in quick succession.

Stay tuned to PCGamesN for all of the hottest Siege action, news, and operator breakdowns.