“It’s a constant process,” says Jacob Anderson, game director of browser-based WWII shooter Heroes & Generals, “We have spent a lot of time tweaking the game … When we add a new feature, we might have to go back and tweak an old feature that we thought we were done with.”

For more of the best no-cost action, check out the best free PC games.

Recent updates ‘Young’ and ‘Zhukov’ are indicators of the unending development process that is synonymous with much of Steam’s Early Access lineup. Launched in July 2014, Heroes & Generals is now a vastly different game than the one that was initially Greenlit. Released only a month apart, both updates offer significant alterations to the game including more vehicles, new game modes, additional weapons, and community-led changes such as overhauled spawn protection and gameplay tweaks. 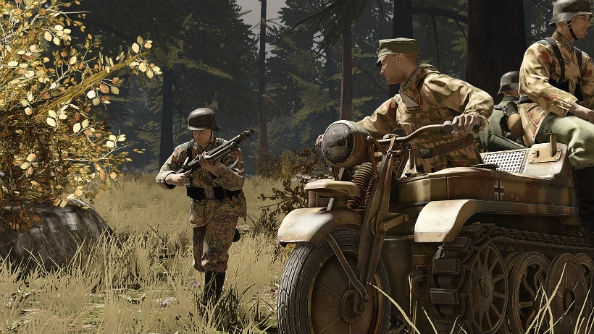 The free-to-play model has allowed Heroes & Generals developer Reto-Moto to design the game differently than anything they’ve previously tackled. “Early Access, and the continuous player feedback has given us a unique opportunity to design a game based on how the users actually play our game, instead of working several years on a game no-one plays until it is done,” explains Jacob. “I love to work this way compared to when we worked with boxed products like Hitman and Freedom Fighters back at IO Interactive.”

Recent changes have steered Heroes & Generals away from its original design. Gameplay is more fluid and less rooted in realism, a faster pace has been nourished through new maps, weapons and vehicles, and the overarching strategic elements of the game have been relaxed to give it a pick-up-and-play level of accessibility.

“Our initial design was much more strict in the sense of rules but we have had to loosen them up in order to appeal to a broader and larger audience for the game to function and be fun,” reflects Jacob. Heroes & Generals’ changes have been more pragmatic than stylistic, he insists. “The first design of the game only included the War battles, and your soldier was linked directly to an assault team – in theory that sounds cool but in reality it’s way too hard, and you need a lot of soldiers if you want to play all the time.” 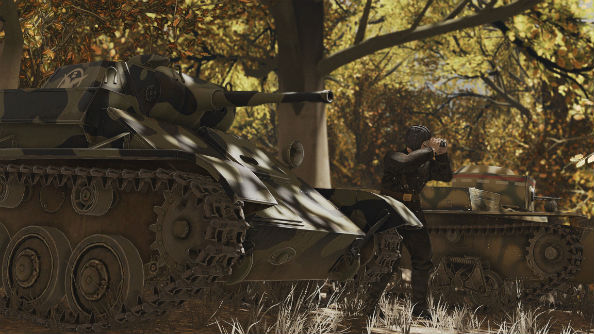 The difficulty of creating an entire virtual theatre of war, with some players controlling resources and tactics in a top-down commander mode while others fight tooth and nail on the battlefield, has made some level of evolution necessary for Reto-Moto. However, the biggest changes have come as a result of the game’s strong performance on Steam’s Early Access platform.

Heroes & Generals’ was one of the first ten games to be Greenlit for Early Access and its success on Steam has helped it garner more than 6.5 million registered players. “It is one of the best moves we have made,” Jacob argues. “It has allowed us to get out to a wider audience with more types of players playing the game, and thus an even better foundation to tweak and modify the game.”

That increased player base certainly has its benefits. With the rise in registered players, the game’s three factions (USSR, USA and Germany) are now more fully fleshed out, allowing for a continuation of the all-encompassing strategic game, and easier matchmaking to boot. However, the influx of new players has also meant that Jacob and his team have had to shape the game around the wants of their new player base, some of whom are uninterested in the strategic elements and frustrated by the occasionally unbalanced resourcing of certain matches. 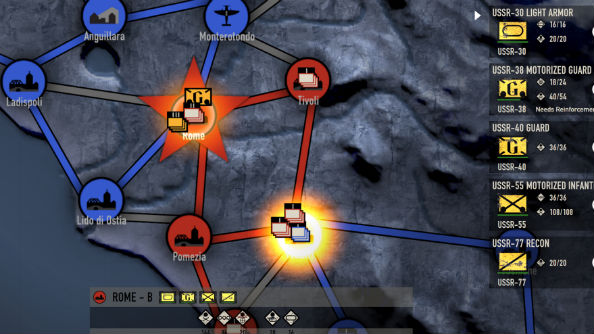 “A lot of players only play the action game and never touch the strategy part. I think some just like to get really good at playing a specific class, and some players just like to have fun in shorter, action-packed matches without the need to mentally invest in the War and the strategy game,” says Jacob. “In order to meet [the demands of] players who wanted more balanced battles we introduced what we call ‘staged battles’, to create a more predictable environment for the players who prefer to only play the action game without participating in the War.”

That division between players who are after a World War II FPS and those who want something deeper and more involving owes itself to one of Heroes & Generals’ defining features. “We’re able to offer a combined arms first-person shooter where your actions on the battlefield actually affect the War on a strategic level and the other way around,” says Jacob, “The main challenge for us lies in what kind of expectations and preferences different types of players have and being able to meet those expectations.”

That balancing act is the core of Heroes & Generals’ ongoing development. With so many players intended to be able to play the game in numerous and varied ways, making the game fair for all is a tough task – and one that won’t be completed any time soon. “In the end,” reflects Jacob, “Heroes & Generals is a game – the highest priority will always be creating a fun and rewarding gameplay experience.”