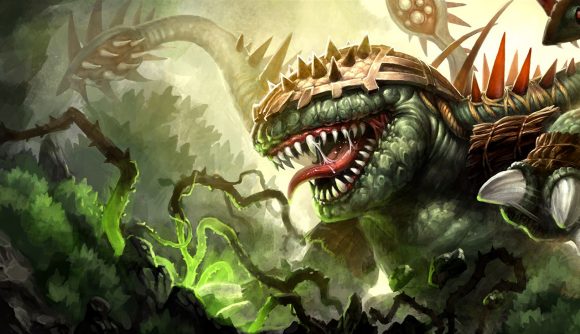 The developers of Heroes of Newerth have announced that the game’s latest patch will be its final major content update. The game’s 4.7.3 patch notes were revealed today, and will feature the last set of major changes.

Developer Frostburn Studios says that “future HoN patches will generally consist of a small amount of balance changes and/or bugfixes, if they are deemed necessary.” The patch notes also say that “tributes to certain staff members have been put into some item flavour tooltips to thank them all for their hard work throughout the game.”

The final patch seems pretty impactful – there are changes to gold bounties, tweaks to the game’s map, and full or partial reworks to a handful of characters. That’s all on top of a series of balance changes to items and heroes, as well as two new items and changes to the game’s matchmaking system. It seems that the intent is to set the game up as well as possible going forward, but it still looks like a very big patch.

Heroes of Newerth was originally developed by S2 Games, but development was passed to Frostburn in 2015. For a while, the game – which was heavily derived from the Warcraft III mod which spawned the MOBA craze – was a viable third behind Dota and League of Legends.

Need something new?: Here are the best MOBAs

While those two titles went on to secure massive audiences, Heroes of Newerth doesn’t seem to have been able to compete in the long-term. It’s waned in popularity in the past few years in the West, but has maintained a reasonable player-base in SEA. It’s not clear how long current owners Garena will keep the game’s servers up for at the moment, but Frostburn does seem to suggest it’ll be keeping an eye on the game for now.