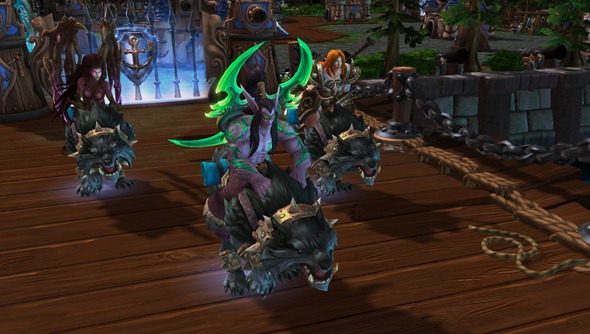 Blizzard looks to be set for big reveals at PAX East. The studio’s scheduled a panel for Dustin Browder, Eric Dodds and Jeff Kaplan, the game directors Heroes of the Storm, Hearthstone, and Overwatch respectively.

The panel on Friday, March 3 kicks off this year’s PAX East. According to the schedule, the blurb reads: “Bold new heroes, exciting new cards, and epic new battlegrounds. . . . Join a trio of Blizzard Entertainment developers for a look at just some of what’s in store for 2015, including upcoming content for Heroes of the Storm, Hearthstone: Heroes of Warcraft, and Overwatch.”

This wouldn’t be the first time Blizzard have used PAX East to make a major announcement, Hearthstone’s first expansion, Curse of Naxxramas, was revealed at the convention.

Now that Heroes of the Storm’s in closed beta players are seeing weekly updates but the maps are starting to get a little old. I’d welcome the announcement of a new suite of battlegrounds.

I’ve my fingers crossed for a launch date for the Overwatch beta. I’ve my toes crossed that it will launch at PAX East.

Any ideas what the new cards for Hearthstone might be?