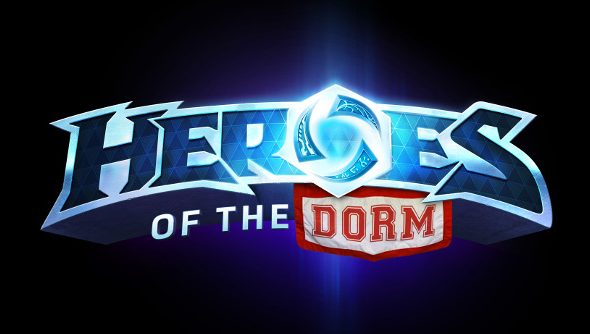 Heroes of the Dorm returns for another year, bringing college eSports to fans around the world, but only if they’re willing to watch on Facebook via the Heroes of the Storm eSports page.

Brush up your multiplayer skills in out list of the best MOBAs.

Heroes of the Storm college teams from across the U.S. and Canada will once again battle for the chance to win free tuition for the rest of their college careers. Over $500,000 in scholarships and prizes are up for grabs.

Blizzard promise “a new kind of connected eSports event”, thanks to the Facebook exclusivity. Viewers will be able to interact with the stream, offering support to their favourites.

“From the nervous anticipation of the first regular season matches to the bright lights and excitement of the championship, Facebook’s global network will enhance every shareable, likeable, and otherwise epic moment in Heroes of the Dorm,” says the press release.

Blizzard will also highlight stats, player profiles, and updates for both the Bracket and Pick ‘em challenges over on the Heroes of the Dorm site. From today, potential players can also sign up to compete at that link.

“Heroes of the Dorm has featured some of the most dramatic college esports action of the past two years, and with more prizes for more teams up for grabs this year, we’re looking forward to a whole new level of competition,” said Mike Morhaime, CEO and co-founder of Blizzard Entertainment. “We’re also excited to be working with Facebook this year to bring more live Heroes of the Dorm play to more viewers around the world than ever before.”

The Group Stages kick off on February 15, ending on March 2, with the Regionals picking up on March 4. The Championships will air on April 8.