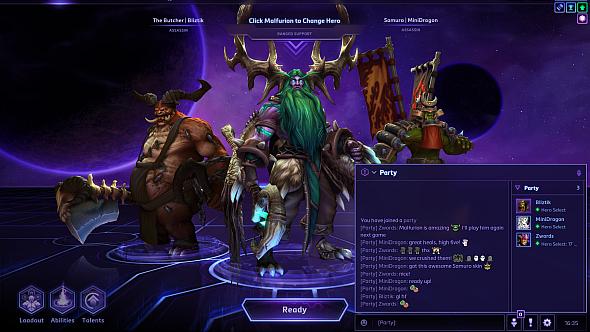 The University of Texas at Arlington have won this year’s Heroes of the Dorm competition, a college esports tournament in – fairly obviously – Blizzard’s MOBA, Heroes of the Storm. As a prize, each member of their victorious five-person team gets free tuition for the rest of their college career.

Yet to discover the weird and wonderful world of MOBAs? We run down the big names in this huge multiplayer genre.

UT Arlington racked up 29 wins and no losses in the most hard-fought Heroes of the Dorm since the contest was launched in 2015, Blizzard announcedyesterday. The group stages winnowed all eligible teams down to a 64-team single-elimination bracket, culminating with the final four teams going head-to-head in a live event in Las Vegas. That happened at the weekend, with UT Arlington triumphing over Louisiana State University.

Last year, UT Arlington lost in the grand final to Arizona State University, and team captain Yusuf ‘Kure’ Sunka cited their example when considering what this year’s win could mean for his team.

“All of us want to continue going forward as a team and see what we can do off the momentum of this win,” says Sunka. “Last year a couple members of ASU, they went on to succeed in [the Heroes of the Storm Global Championship] off of the momentum of their win. So we’re looking to do the same thing: keep maturing as a team, and this is only a first step for us.”

“Congratulations to the 2017 Heroes of the Dorm, UT Arlington, for an awesome run through this year’s tournament,” says Mike Morhaime, CEO and co-founder of Blizzard. “The teams competing represent the future of competitive gaming, and it’s been a thrill seeing them in action. We appreciate all the students and college sports fans who participated in this year’s competition, and we’re looking forward to even more Heroes of the Storm esports leading up to BlizzCon this November.”

For more on this year’s Heroes of the Dorm, check out the website. Tournament stats are available here.