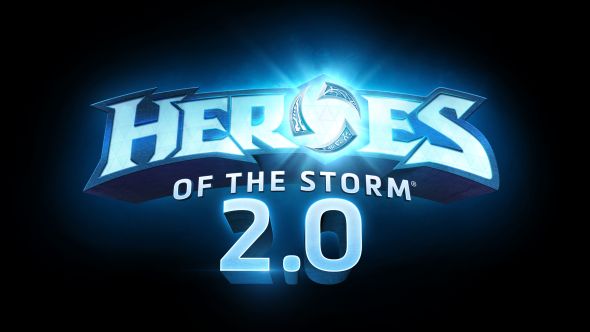 Update: Heroes of the Storm 2.0 is now live in the US. It will go live at 8am in the EU, as stated by Battle.net.

Heroes of the Storm is getting a major overhaul later today. In lieu of exact information from Blizzard, we’re going to have a guess about precisely when, and hook you up with all the pre-release buzz.

For the lowdown on everything that’s changing, check out our guide to Heroes of the Storm 2.0.

First up: release times. We don’t know them.

Annoyingly, Blizzard haven’t said exactly when Heroes 2.0 is going live, but our best guess is that, if you’re in the States, it’ll be at 11:00 Pacific. That’s the same time as the launch event kicks off, and the same time Blizzard (and many other West Coast devs) patch some of their other games, including Overwatch.

For our other readers, we’re less certain, and in the case of Heroes of the Storm, patch times vary across regions. If you’re in Europe, we’d guess around 03:00 tomorrow morning, as that’s the usual delay from a US patch.

As we mentioned, Blizzard will be streaming a live launch event at 11:00 Pacific – that’s 11:00 Pacific. You can watch the embed below, or head to Twitch.

To whet your appetite in the meantime, Blizzard have released several videos announcing (or teasing) different additions. Though Genji appears in this one, we know the launch event will also reveal a second.

Here’s a quick overview of the revamped progression systems in Heroes 2.0:

And finally, here’s a formal introduction to this brave new world by game director Alan Dabiri:

For all our coverage of the big update, follow our Heroes 2.0 tag.