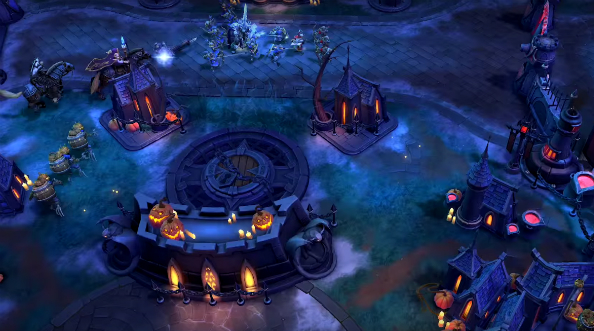 It’s a good time to be a Heroes of the Storm player. Firstly, Blizzard just rolled out a new map with its own set of unique mechanics and strategies, and secondly they just slashed 50% off the full range of heroes, skins and mounts in the name of Black Friday.

Do you know about the best Heroes of the Storm heroes for beginners? Oh, you do? Sorry, didn’t mean nothin’ by it.

Towers of Doom is interesting. Heroes can’t damage their opposing team’s core directly in this new three-lane map, but must instead fight for control of the six towers dotted around the map. Then, when an altar appears in one of these four locations… 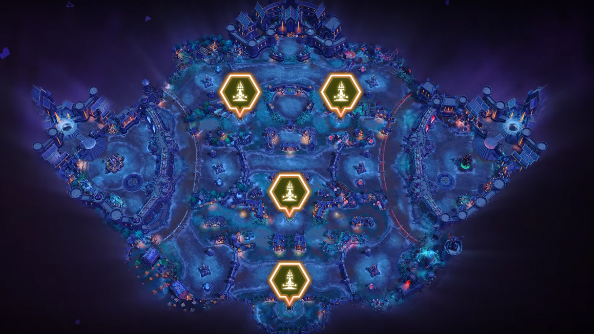 …they’ll need to be channeled, whereupon they’ll cause each friendly-controlled tower to launch a projectile at the opponent’s core. Each projectile does 1 damage and the core has 40 health points, so you’ll need to do this a lot.

There are other means of dealing damage to the core, though. Towers of Doom’s boss is none other than WoW’s Headless Horseman, who upon defeat will open his cellar door to emit four projectiles at the enemy core.

Three mercenary locations also pepper the map. Mercs here will attack enemy towers in their lane, dealing massive damage on impact. If all towers in that lane are under friendly control, mercs will march in on a new area bristling with cannons, the Kill Zone, in front of the enemy’s base.

There’s also a travel tunnel which opens up 12 minutes into a match, providing a route from your own core to the centre of the map. Travel is one-way though, and both teams arrive at the same destination. There are some interesting mechanics to explore here, and it’s great to see Blizzard continue their commitment to offering a fresh set of rules with each map.

Meanwhile, we have cheap things to discuss. HOTS’s Black Friday sale is already begun, and lasts… two weeks. Two whole weeks. During that time, all heroes, mounts and skins will be going for 50% off, and a 360-day stimpack will be made available for “a hugely discounted price” according to Battle.net’s latest blog post.There’s also a new ‘second chance bundle’ offering a handful of different skins and mounts.

Hmm… Steam sale or HOTS Black Friday? These are the decisions that spawn sleepless nights.