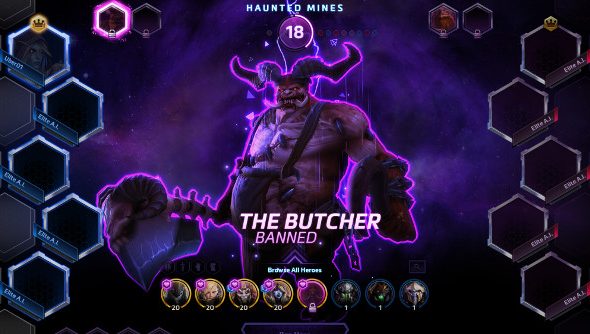 After a few months of complaints from the community, Heroes of the Storm is finally getting a much-needed overhaul to its ranked mode. The biggest addition is bans, two for each team split between the start of the draft and the middle, that will hopefully create more interesting games. It comes along with a series of other changes aimed at everyone getting more enjoyable games, more regularly.

Changes not enough for you? Here’s the best Dota 2 heroes if you’re thinking of doing a switch.

The changes are coming in the next patch, which entered the Public Test Realm yesterday. Here’s the highlights:

Along with this, the new PTR patch brings the usual list of balancing and bug fixes, plus new battleground Lost Cavernand StarCraft hero Dahaka, from the Heart of the Swarm campaign. Have a look at the full list here. Should go live some time in the next week, if previous timescales are any indication.