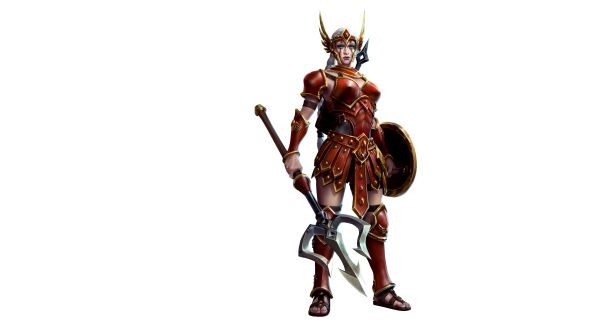 As part of the (massive) Heroes 2.0 changes that introduce loot boxes, Blizzard are also releasing multiple new characters, the first of which is Cassia. She’s based on the Diablo 2 Amazon, using a Javelin-based build that focuses on lightning strikes, blinds and weird pulls.

Read all there is to know about Heroes 2.0’s progression updates in our round-up.

Matt Cooper, lead live designer on the game and general balance mogul, says that her inclusion came down to finding a hole where a Diablo character fit in time for the anniversary:

“So we wanted to do a Diablo character to celebrate Diablo’s 20th anniversary, which is coming up very soon. We were looking at different characters from the game, whether it’s bosses from Diablo 2 or Diablo 3 or different player classes – we thought the Amazon was unique. More specifically we have a Bowazon-like with Valla, but we didn’t have the Javazon spec which is the shield and javalin wielding character that focuses on lightning… and stabbing you.” 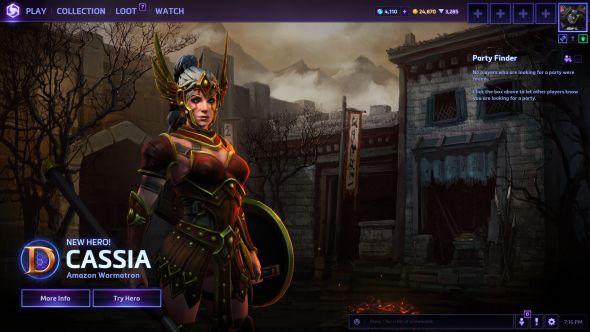 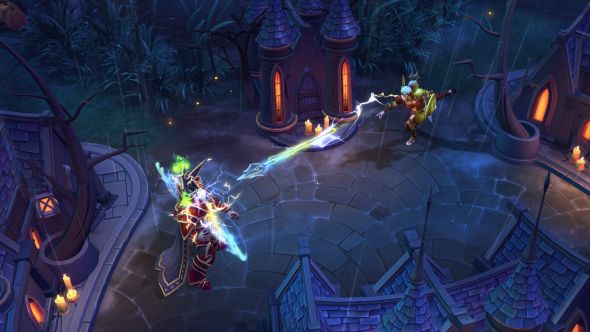 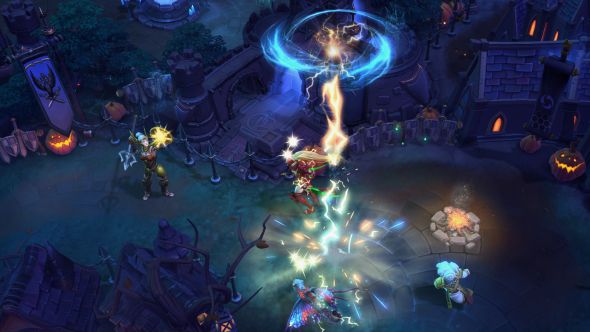 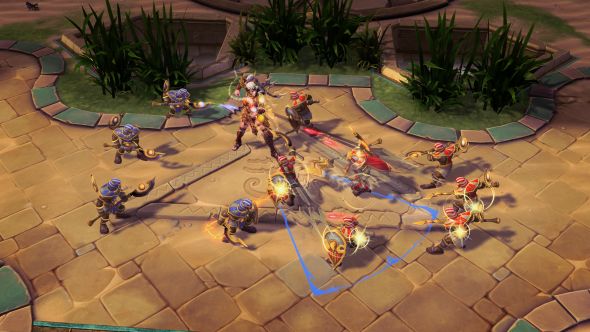 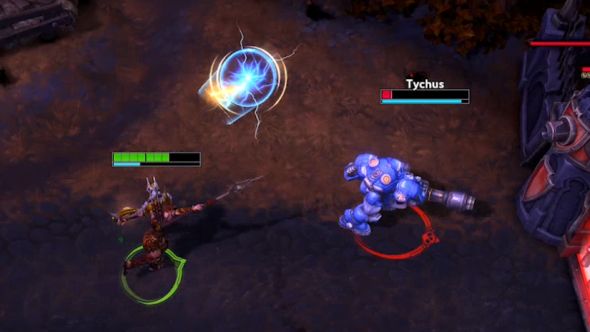 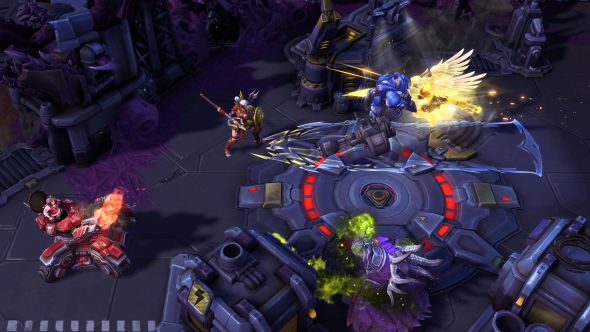 As for how she plays, Cassia certainly has the damage to stand toe-to-toe with any ranged assassin, but her abilities feel less impactful. Foolish enemies my wander into a 1v1 against Ball Lightning, or stand still long enough for Fend to have an effect, but she’ll need a team around her to pull off her maximum damage.

The stutter-step playstyle rewarded by her passive is unique within Heroes, and nicely easy to do in the engine. Taking the talents that buff that and her auto-attacks seems an easy path to solo-queue dominance, and it felt good to do while playing.

“She will slot into more teams [than you might expect]. At a core level she’s a ranged, basic attack character, so you can think of her fitting a role like Raynor, Valla or Zul’jin,” he explains. “She does a good amount of ranged damage, her abilities are awesome of course, but even if you just stay in your backline and poke with your basic attacks, you’re going to get a lot of value out of that.”

She was particularly strong for me when paired with an allied Johanna, the CCing tank providing everything I needed to pump out the DPS. Cooper also points out that she’s particularly effective against other right-click focused heroes, with her Trait armour and blinds.

What she does lack is significant self-healing, or a big burst of damage all at once. Hence with a decent team around her who can set enemies up for Fend and keep her alive through focused stuns and spells, she’ll be dominant.

Cassia is live in the beta which should be due sometime today – let us know how you get on with her.