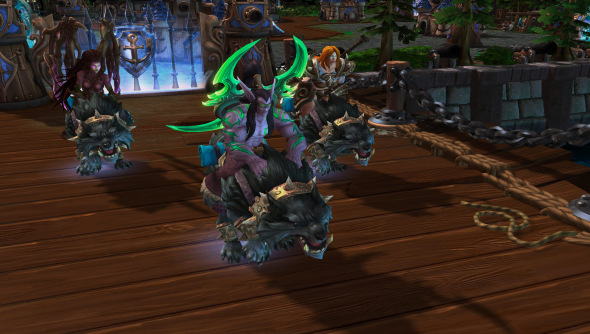 You can’t ban heroes in Heroes of the Storm’s draft mode. Blizzard say this is to get players into the game faster, it “takes out part of the out-of-game experience”, and because it holds them “to a higher level” when designing and balancing their heroes.

Heroes of the Storm’s ranked play features a draft mode in which teams take it in turns to pick their heroes before playing against each other. This is similar to Dota and League of Legends’ draft modes. However, whereas in those games both teams can ban certain heroes from being picked, in Heroes of the Storm you don’t have that option.

You’d normally ban heroes based on what your team plans to choose. So, for instance, if you’ve a carry hero in mind, one who is particularly weak against another hero then you might ban that opponent hero.

“If we don’t need a ban phase that would be a win for us,” Matt Cooper, a game designer on Heroes of the Storm told us. “It holds us to a higher level, to make sure the balance of the game is really strong. We can’t say ‘Oh, the players will just ban that character’ and not figure out how to balance them.”

Blizzard don’t want to include banning because it gets players into the game faster without it. Picks and ban phases tend to draw on for a while as each team tries to outmaneuver their opponents’ choices.

However, bans are “something we can do if we need to.”