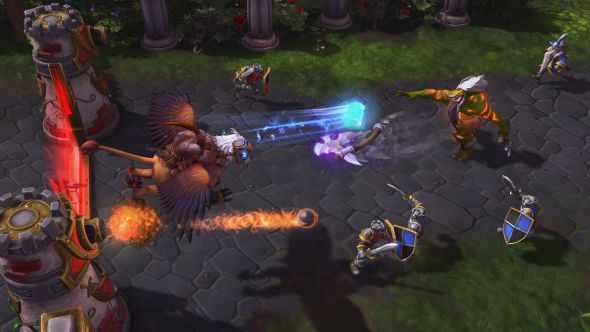 ﻿Update January 13, 2017: ﻿The Heroes of the Storm full roster weekend kicks off soon.

﻿Just a reminder: Heroes of the Storm is having an open-roster weekend to celebrate its successes last year, and it goes live at 6pm UK time, or 10am Pacific. Jump in and have some fun – it’s been a long week. You deserve it.

Looking to get into a MOBA, but not sure which is right for you? Here’s our handy guide to MOBAs on PC.

Original story January 10, 2017:Every hero in Blizzard’s MOBA, Heroes of the Storm, will be unlocked and available to play this weekend, as the game’s developers celebrate a busy and successful 2016.

The announcement was made on the HotS blog.

“2016 was an incredible year for Heroes of the Storm,” say Blizzard. “We introduced tons of new heroes, features, events, mounts, skins, and even more to the Nexus,” which you can recap in the video above.

“To kick off 2017, celebrate everything that has happened in the past year, as well as everything we have planned for the year to come, we’re inviting everyone to enjoy three days of a completely full Hero roster from January 13–16!”

Normally you’d need to grind out in-game gold by playing matches to unlock new heroes, so here’s your chance to try out a few new ones. HotS also happens to be – among MOBAs – relatively accessible for newcomers, so if you’ve yet to get into this genre, why not give it a try? Some of HotS’s many colourful heroes will be familiar if you enjoy Blizzard’s other games. Personally, I’m tempted to see how Overwatch’s Tracer works in a new context.