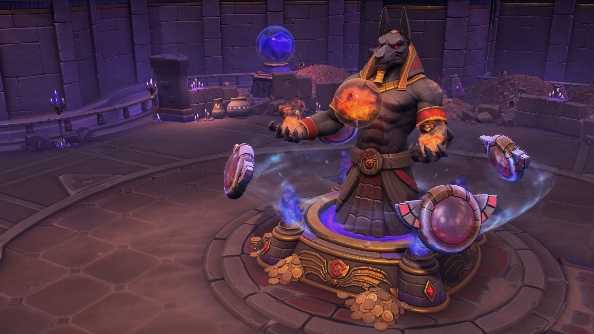 While MOBAs have always adhered rigidly to the rule of three when it comes to lanes, Blizzard’s hero brawler is, as ever, thinking differently. Heroes of the Storm is soon to pick up a single-lane Battleground in the form of Lost Cavern.

Is Heroes of the Storm you’re kinda thing? Find out in our guide to which MOBA is right for you.

The Battleground will re-think the game in numerous ways beyond keeping everyone on the same road. You won’t find a Hearthstone here, nor those Starting Area healing points. Rather than falling back to self-medicate, you’ll find regeneration orbs spawn around the lane to keep people in the heart of the fight.

“We’ve seen that players have been creating one-lane matches on Heroes’ existing maps, so we wanted to create a Battleground that makes things a little easier—and maybe even a little more exciting—for everyone who enjoys these games,” explains the Heroes of the Storm website.

Don’t expect Lost Cavern to become a main event though; you’ll only find the single-lane Battleground in custom games.

Lost Cavern will be added to Heroes of the Storm in the next main patch.