After being teased first at Blizzcon and then in her spotlight video, Lunara has been added to Heroes of the Storm. This week’s patch also brings the first fixes to matchmaking, a persistent problem that has been top of the community’s complaint list for a long time.

Interested in getting started with Heroes of the Storm? Check out our best heroes for beginners guide.

The new rule prevents teams without a Warrior, one of Heroes’ defined roles, matching up against teams that have one. In the current meta of the game they’re very important as damage dealers and absorbers, and thus those games were unbalanced and lead to unfair losses. 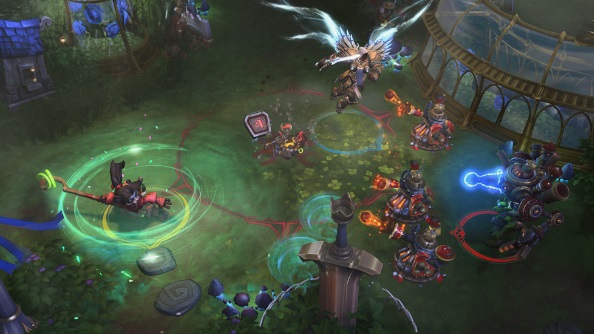 The fix to this is inelegant, and goes against what Blizzard said at Blizzcon about not just adding straight rules to matchmaking to improve it, but a tweet from lead designer Dustin Browder explains that engineers discovered it would work well. The worry with doing this is it will simply increase matchmaking time for minor benefits, but clearly the balance was right.

There’s a lot more changes in the official notes including bug fixes, balance changes, price reductions, new bundles and all the rest.