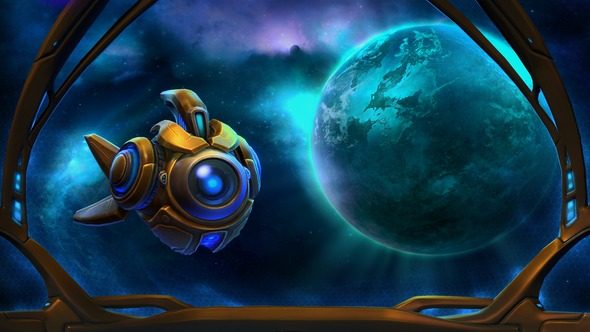 Update March 8, 2017: Blizzard have put out a full preview for Probius, letting you see what his abilities are like in action.

Probius heads to Heroes of the Storm with his very own spotlight. Warp rifts explode, cannons are build and much more in the below reveal.

Choose the best MOBA for you.

Probius will enter the Nexus with the next patch, which is now available on the PTR. It brings with it an expansion of the armour system, the usual round of balance changes as well as a minor rework to Cho’gall and his two-in-one shenanigans. It’s due out next week.

Original story March 4, 2017:While the community predicts great heroes of the StarCraft universe like Stukov and Karax, Blizzard were hard at work on the actual next Heroes of the Strom addition – Probius, the Protoss probe. Yesterday’spylon teaserwas far more literal than anyone predicted, as placing the Protoss field generators plays a large part of his gameplay. Ability summary below.

Now confirmed, Probius is the heroic probe from the opening cinematic of Legacy of the Void. The “bravest of probes” as Blizzard puts it. Hence why he’s made his way to Heroes’ rather aggressive nexus.

Of note, the numbers below are for the current version, just before Probius hits the PTR – they’re likely to change in development. 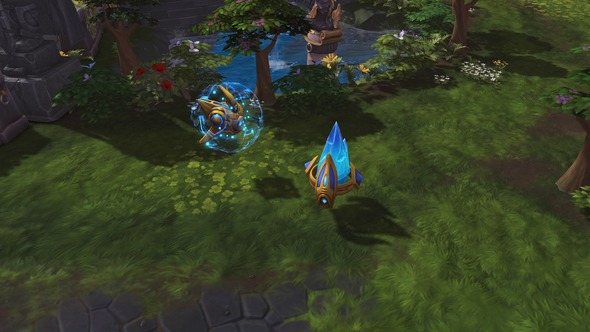 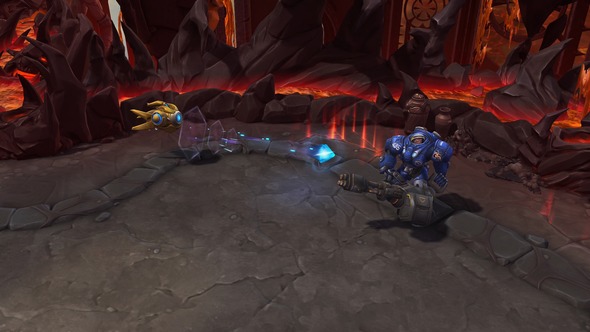 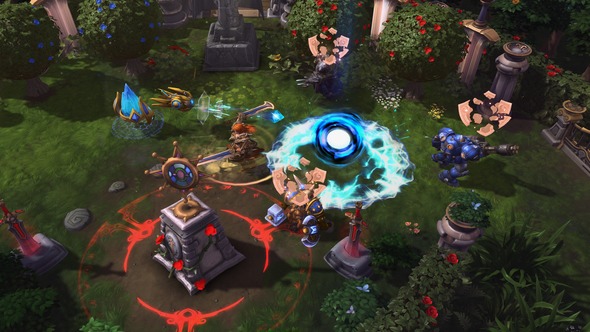 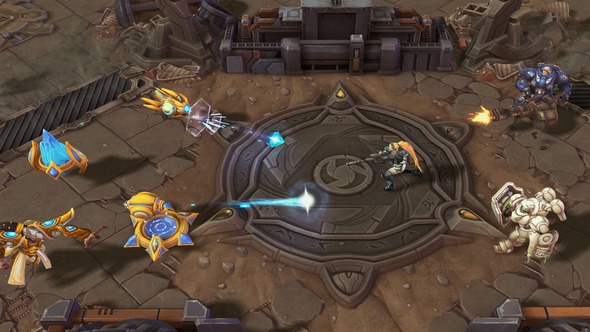 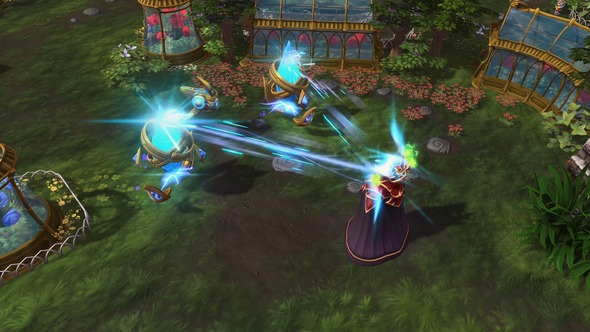 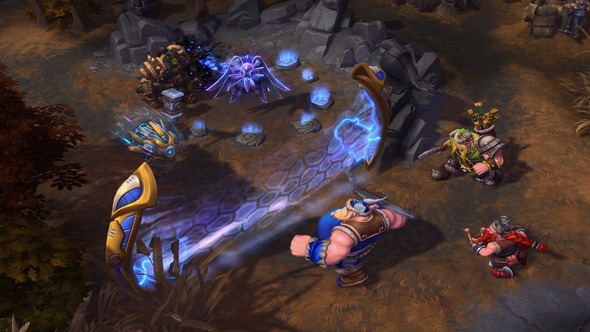 Here’s how all that looks in motion:

Clearly, Probius is a master of space control. Slow opponents with W, blow them up with Q or simply hold a lane with a few cannons. All buildings can be placed in brush or behind walls to protect them or surprise opponents, so pushing into the little guy is going to be a challenge.

“He is absolutely devastating in chokepoints,” explains Sam Braithwaite, eSports lead on Heroes. “Any time you have the opportunity to sandwich a character, it does very well. One of the fun interactions is Zarya, where if she uses her expulsion zone to cut off an area so [enemies] can’t leave and then Probius is just raining down lasers on people – it’s great.

“We also see it picked up a lot on Braxis Holdout. We have an interesting meta where it’s always warrior vs. warrior in the top lane and then you have a 4v4 at bottom. Probius gives some flexibility where maybe he has that opportunity to dominate that top lane where a squishier ranged hero would have been able to in the past.”

Of course, that will all change once pro players get their hands on the probe. As Braithwaite puts it, Blizzard do the best testing they can, but only the pros can truly figure it out. After all, strong static defensive power is useful, but not as good in the hyper-coordinated games played at the highest level.

Game producerClaudio Gentilini, who got to announce Probius on stage, explains how his non-defensive builds have worked out internally:

“He’s a good split pusher. He doesn’t have any capability to heal, but his self-sustain from his mana regen is insane. There are some talents that give him shields if he’s in range of pylons, so if he’s getting poke damage from Lunara or something, so long as it’s not going through his shield he can keep sustaining in lane.

“He has such massive wave clear from his combo that it’s very difficult to push in. But it also makes pushing out very easy, so long as your pylons are in good positions too. Then imagine you’re an enemy and you’re being sieged by a team of a few people and he throws one of those warp rifts down under your gate, do you really want to come through the gate and get slowed by it, knowing he can just blow it up for this huge point of damage then get you jumped on by a Muradin or something, stunned and just fall?”

That’s his strengths, but it’s balanced out with extremely low health. “If he doesn’t get his worker rush off and speeds away, if you get your hands on him, super fragile,” points out Gentilini. “Not like Murky fragile, but [he’s a] very fragile hero, he doesn’t have anti-stun mechanics or anything like that. He can throw Warp Rifts in defense, like if he’s retreating he can put one behind him, [but] they take a little bit of time before they warp in and start slowing and be exploded. So yeah, if you get your hands on him he’s done, he’s gone.”

Probius will hit the PTR next week, along with the latest, massive patch. After the standard testing period of a week or so, the lil’ Protoss lad will then go to live.