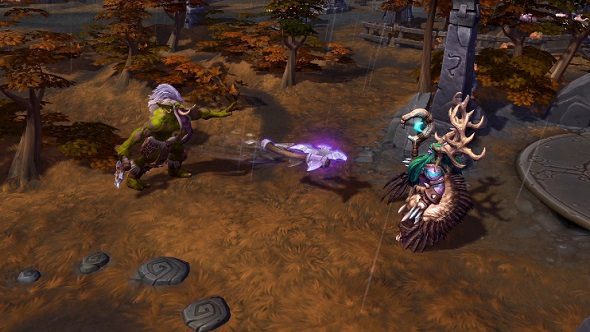 Zul’jin is heading to the Nexus, bringing along a range of exciting new abilities for HoTS players to mess about with.  The Amani empire troll warlord is out for blood – especially on any elves that might cross his path, so dig deep and unleash his true potential. Become unkillable and call forth huge guillotines from the sky.

If you like Blizzard games, perhaps you will enjoy our feature on the best Hearthstone decks.

“Before the elves and their Alliance, the forests of Lordaeron belonged to the trolls of the Amani empire,” says Zul’jin’s description on the HoTS site. “As their warlord, Zul’jin has united the tribes into an army that stands ready to take back what is theirs and to slay the elves who stole it from them.”

Here’s a breakdown of the troll’s abilities: