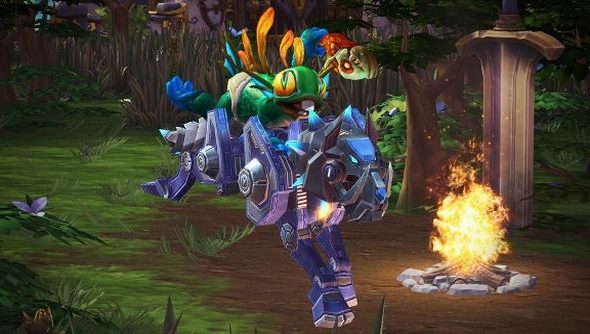 Blizzard’s universe-colliding MOBA, Heroes of the Storm, is getting ready for the competitive crowd. The new Ranked Play is on its way, that will allow for players and teams of similar skill to compete against one another.

Draft mode will be at the centre, allowing both teams to pick heroes for their team that are effective at the random battleground chosen – which is made known before hand. There’ll also be no duplicate heroes in ranked play, unlike that of the current versus mode.

People who abandon games – known as “leavers” – will face appropriate retribution too. Instead of being directly punished, they’ll be paired up with other leavers to help them “play the game the way they want to play”. However, if they decide they’d rather get back to the normal pool of matchmaking, they can work their way out by not leaving games consecutively.

Ranked play took ideas and lessons from other Blizzard games like Starcraft and World of Warcraft, but more so from Hearthstone. Players will start at rank 50, and will work their way up to rank one. Each new season, your rank will reset, but if you reach a high enough rank, it’ll give you a bonus towards the next season.

There’ll be two modes within ranked play: Hero League and Team League. Hero league will allow for anyone – with friends if they want – to queue up and play with and against players of similar skill. You’ll need to be player level 30 to access this mode.

Team league on the other hand will be exclusively available to pre-made teams of five players. You can have up to nine players on any one team; the extra numbers to help fill in spots when friends are unavailable. Any one player can be a part of three teams at any one time. To get access to this mode, you’ll need to climb even higher player levels: level 40 to be exact. 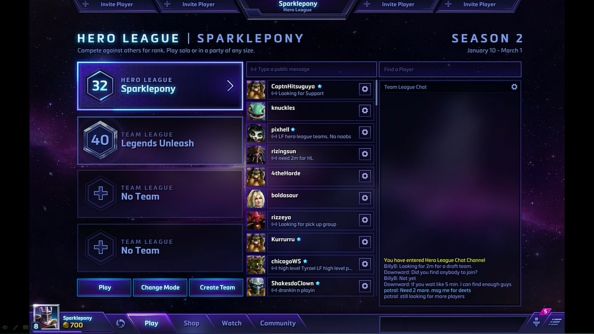 The primary tool in ranked play will be the new Draft Mode. This mode will be like drafting inside Dota 2 and League of Legends, but with some interesting differences. First, notable to Heroes of the Storm, there’ll be no duplicate heroes in ranked play. Secondly, in current plans, there’s no banning system in ranked play; but this will be enabled in special tournament games where money is on the line. Blizzard’s reasoning is that they don’t want players to feel like they need to either buy/unlock a myriad of heroes to be able to play games with draft mode enabled.

Blizzard have also taken a firm stance on players that leave games early. While not preventing players who abandon games from playing altogether, they’ll be matched with other “leavers” to help them “play the game the way they want to play”. They can however atone of their transgressions and leave this special pool of players by consistently staying in games until the end.