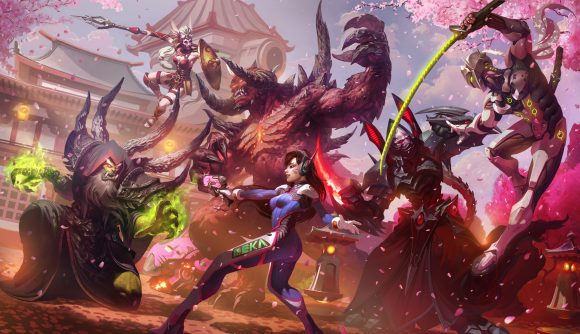 Blizzard has announced that it is scaling back development on Heroes of the Storm, moving developers to other projects within the company and discontinuing the game’s esports scene for 2019. Last night’s announcement came from Blizzard’s recently-appointed president, J. Allen Brack, and chief development officer Ray Gresko.

The statement reads that Blizzard now has “more live games and unannounced projects than at any point in the company’s history.” That means that the developer is “at a point where we need to take some of our talented developers and bring their skills to other projects. As a result, we’ve made the difficult decision to shift some developers from Heroes of the Storm to other teams, and we’re excited to see the passion, knowledge, and experience that they’ll bring to those projects.”

Brack and Gresko’s statement goes on to say that the company will “continue actively supporting the game,” and that new heroes, events, and other content will continue to arrive. The major change will be the time-scale of the new additions, as the company starts “setting up the game for long-term sustainability.”

The esports scene around Blizzard’s MOBA is also changing. Following the movement of many of the game’s presenters and casters onto other projects, neither the Heroes Global Championship nor Heroes of the Dorm will return in 2019.

Kotaku has previously reported that Blizzard is under pressure to cut costs and ship more games. Heroes of the Storm has consistently been one of its least successful titles, and esports have historically proved very expensive to run, two factors which may have influenced the company’s decision to scale its MOBA development down.

Unsurprisingly, the statement offers little clue as to what those unannounced projects mentioned in the statement might be. Diablo 4 is likely to be one of them, and another is thought to be a new first-person game. Some of those are probably going to be announced in the coming year, but you may well be waiting until BlizzCon to hear anything official.