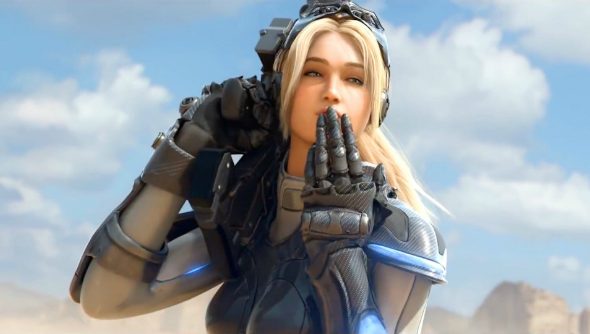 Heroes of the Storm’s long-term game director, Dustin Browder, has gone off to work on some secret project within Blizzard, being replaced by former technical director, Alan Dabiri.

For more Blizzard shuffling, check out our list of the best Hearthstone decks.

Dabari has been with Blizzard for 20 years, beginning with work on a Mac port of the original Warcraft: Orcs and Humans and later creating the user interface for Warcraft 3.

“We’ve been discussing [my shift to game director] internally for a little while now,” Dabiri told Polygon. “I was already responsible for handling large portions of the game, so when Dustin decided to explore some new ideas, it was a great opportunity for me to step up and support the game in an even more impactful way.”

Dabari has already had a huge impact on the game, being partly responsible for the addition of the new Brawl mode recently, but his promotion should help him add even more to the experience.

“Heroes is already a game that breaks the rules of the MOBA genre, and we thought that Heroes Brawl could take that design philosophy a step further and break the rules of our own game,” he explained. “It’s pushing the brawler aspect of the game to a higher level and gives us a place where we can really explore some crazy ideas.

“What I’m most excited about is the future [of Heroes Brawl]. Now that we’ve got a place for this experience, I think you’re going to see us try out some really crazy things with this mode in the future.”

Another big focus for the future of HoTS is eSports, which has never quite taken off like Blizzard’s other games, but things like a lack of in-game match spectating for eSports events is holding it back. Dabari says the team has “a strong desire” to get this feature working and “some cool ideas” on how to pull it off. They will be bringing more to the game to enrich its eSports experience too.

“For example, we’re adding a tournament draft mode with draft observer support,” said Dabiri. “It’s been a long time coming, and we’ll be glad to finally get this into the game. This also includes an early version of a ‘hero swap’ phase to support eSports in custom games.”

There will apparently be “a ridiculous number of developments coming in the first half of 2017”, according to Dabari. “We’re looking at a complete rework of our progression/reward systems and a ton of other things that I can’t wait to share with everyone,” he explained. “Of course, we have lots of exciting new heroes and battlegrounds planned in 2017 as well. We’ll continue to smash right through every expectation that players in this genre had.”