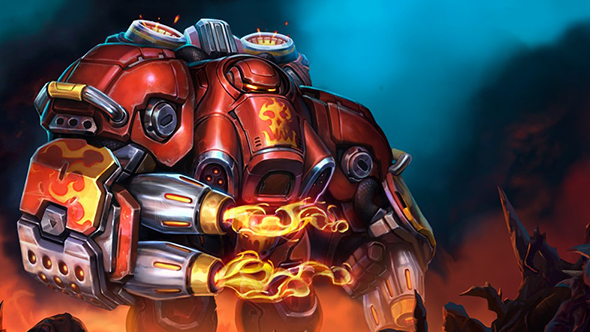 An incident involving a popular Heroes of the Storm streamer has prompted an official response from Blizzard regarding the game’s report system – particularly when it’s abused by players angry at their teammates for the outcome of a match. Blizzard say they’re making changes to improve the system and prevent this from happening.

Which MOBA is best for you?

A player took to Reddit in order to report a popular Russian streamer known as Stalk, who he was matched with in a Hero League game. After losing the match, Stalk reported the player and his entire team, as visible in the Twitch archive.

This report gained enough traction on the HotS subreddit to prompt a response from game director Alan Dabiri, who said “It’s unacceptable to falsely report players. We’ve made some changes to catch the most egregious abusers of the reporting system, but we’ll keep working to improve the system. As a warning to others, we’ll take action against your account if you abuse the reporting system.”

Dabiri also says in “this particular case, we’ve got people looking into this incident, and we’ll take the appropriate action.”

Heroes of the Storm’s report system has been a controversial one, but few players in online gaming seem satisfied with any existing attempts to curb toxicity. Blizzard have begun seeking out offending players’ YouTube channels in Overwatch, and even Rainbow Six Siege is looking to expand its report functionality.