2015 is on its last legs, so that means it’s time to look forward, toward the new year and all the definitely better things that await us on the other side. I’ve decided to eschew my personal tradition of not making a list of resolutions, and am instead making one that I have almost no intention of keeping.  However I am immortalising it here, on the interwebs, so I can have a concrete record of my failures in 12 months time.

While we’re obsessing over the future, why not take a look at our list of upcoming PC games?

So here are my New Year’s resolutions that I’m probably going to ignore. 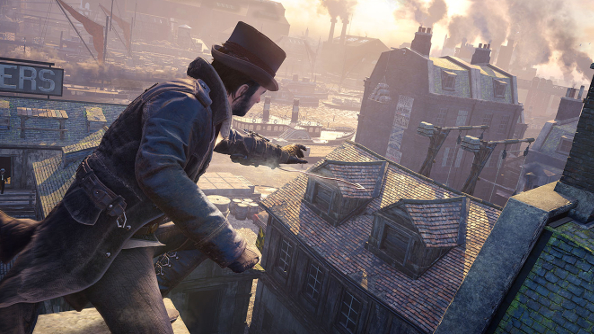 This one’s the equivalent of ‘stop eating junk food’ or ‘stop dating garbage people’. It’s not that all open-world games are terrible; the problem is that they don’t really respect my time. The vast majority of them have so much busywork crammed into them, and while there’s a lot to like, from exploring new worlds to the ability to set my own goals, this is often tainted by tedious map clearing and awful stories.

I won’t, though. Not least because seemingly half of all triple-A games are now open-world romps, and it’s kind of my job to play a lot of them. I’m playing one of them right now. This is my fault.

Teach my dad to play videogames 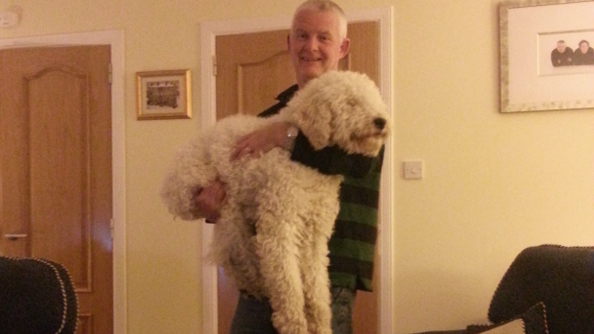 For most of my life, my old man has scoffed at my love of comics, sci-fi, and videogames, but something changed when he reached his mid-50s: he started watching Battlestar Galactica. And then Doctor Who. Game of Thrones soon followed, along with Flash and Arrow. Now he calls me up to discuss them, or to suggest hitting the cinema and checking out the latest superhero flick. He’s been replaced with a much cooler dad.

Despite all this, I’ve never been able to get him to embrace games. He says it’s because they’re silly, but I reckon it’s got more to do with the fact that he struggles to understand the controls or UIs, and now that he’s 63, he’s not too keen on learning new tricks. But I’m going to make him. Well, I’m going to try. This is maybe the only item on this list that I’m not actually expecting to ignore.

Choose an MMO and stick with it 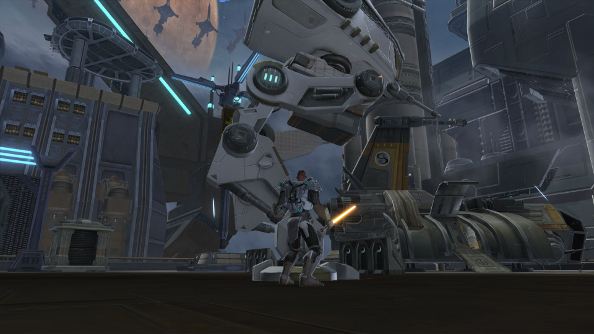 Despite my uneasy relationship with MMOs, I still play a lot of them. And I jump between them constantly, rarely sticking around long enough to dive into endgame content like guild raids, even though I’d love to. Where MMOs are concerned, my attention span leaves a lot to be desired. In 2016, this going to stop (but probably not).

I’m going to pick an MMO, and see it to the end. At the moment, I’m playing The Old Republic, since the latest expansion really got its hooks into me. I hit endgame with my main a while ago, but now I’m going through old content with a co-op buddy to get him up there with me, and I’m having more fun with an MMO than I have in years. But I know that it won’t take much to divert my attention. I’m a magpie, always looking for the next shiny thing.

Stop spending money on Heroes of the Storm 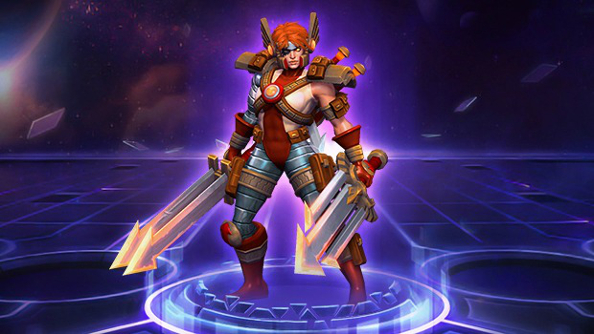 This is going to be a tough one. Blizzard’s MOBA has gripped me in a way no other examples in the genre have, and with every new character I can’t help but throw myself back into it, trickling money into Blizzard’s pockets.

Recently, every hero and skin was reduced by 50% in a game-wide sale, and I lost all control. “I’ll just buy Leoric,” I said, “and call it a day.” I was lying to myself. I did buy Leoric, and then I bought a skin that makes him a giant Viking. And then I noticed that Sonya had a skin that transformed her into a retro sci-fi heroine with comic-style attacks. I didn’t have Sonya, so I had to buy both her and the skin. Then I just lost it and bought everything I wanted.

It was embarrassing. Less because of the heroes I’ve bought and more because of the purely cosmetic tat. And I was so excited, too. Excited by the opportunity to murder people with Zeratul while he’s dressed as a Ronin. He looks ridiculous. I am ridiculous.

Wait, is that Sgt. Hammer dressed up as an Orc?

Play a game outside of my comfort zone 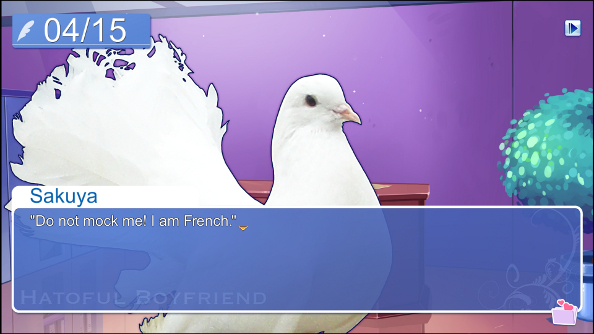 This is more of a resolution-in-progress, as I’ve been trying to broaden my gaming horizons for a while now. It’s why Persona 4 has become one of my favourite RPGs after years of thinking that Japanese teen drama wasn’t really my cup of tea. Now I can’t get enough of it. Who should I give my heart to? Should I skip photography club and spend time listening to a friend complaining about his love life?

Honestly, there aren’t very many frontiers left to bravely explore. 2014 saw me finally delve into the Japanese dating sim genre with the incredible Hatoful Boyfriend, where I courted birds and fought demons (always with the demon slaying), which also allowed me to strike ‘pigeon fancier’ off my list. That left me with little to do in 2015, so this new year I’ll be going even further afield to sate my appetite for games I wouldn’t normally play. 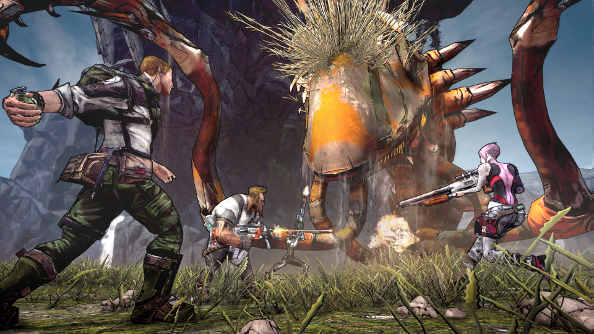 Many of my regular co-op buds have made a series of poor decisions that have led to them having spouses and children and awful responsibilities, and this has made sitting down and actually finishing a co-op game a wee bit tricky. I only just finished Borderlands 2 co-op this year.

2016 will be different. I’ve got a mountain of co-op games, and I’ll be using all of my powers of persuasion to talk these boring old people into ditching their mundane family lives in favour of fanciful adventures with their freewheeling chum. I’m even willing to go to their homes so they can still watch their spawn while we play. It will be a nightmare, but I’m an amazing friend. 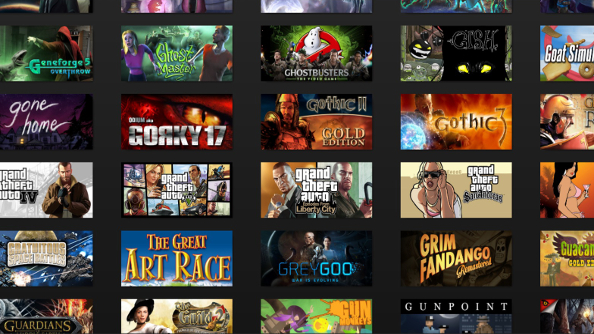 This is a terrible idea. I have no idea how it got in here. Can I just remove it? No? Well I guess I’ll just have to suffer, then.

I am a man with a lot of games, and most of them sit in my Steam library, untouched. A little while ago, I advocated treating one’s Steam library like a buffet, taking wee bites out of games instead of setting targets or attempting to finish everything. I still think that’s a good idea, but I’ve hardly even had the time to do that, lately.

There are many good games in there that I’ve just ignored. There are terrible ones, too, and ones I don’t even remember buying or know anything about. What the hell is The Great Art Race and why do I own it? Well, I’ll be playing it for an hour. 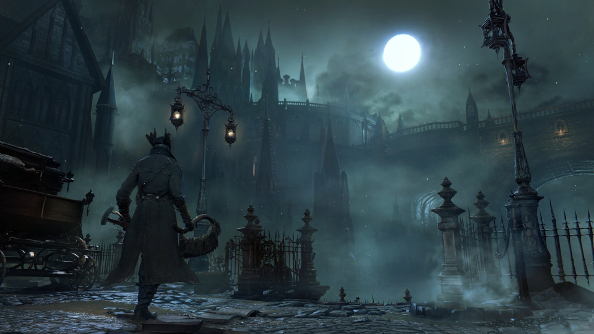 Yes, sometimes I cheat on my PC. I won’t ask for forgiveness, just understanding. The real problem is that I don’t cheat enough. Sometimes I sit on my sofa and just stare at the stack of fantastic games gathering dust. Sorrowful music plays in my mind. I look out the window; winter has come again and games still go unplayed. Someone will make an Oscar-winning film about my terrible, terrible plight.

A conversation with a stranger: “You write about videogames for a living? I bet you just play games all day long.” I laugh, but on the inside I’m screaming.

Have you decided to embark on the awful tradition of making New Year’s resolutions? Tell us about them in the comments, so we may laugh at you when you fail to keep any of them.