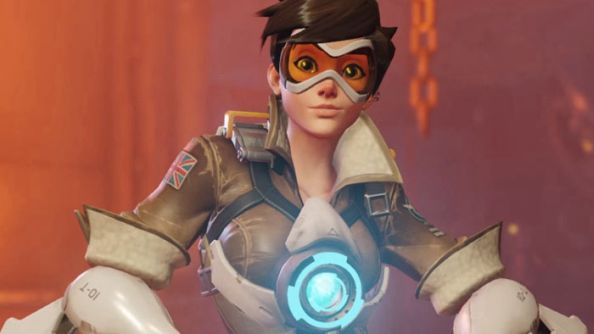 Tracer is the Overwatch pick for Dishonored fans – from her dodgy cockney cadence to her ability to fiddle with time and blink short distances, she’s seemingly straight outta Dunwall. She’s also the first FPS character to make the leap into the Nexus – crossing over into Heroes of the Storm as an Overwatch pre-order bonus.

New to MOBAs? Try one of the best Heroes of the Storm heroes for beginners.

Spotted in a GAME listing ahead of this weekend’s BlizzCon, Tracer comes as part of a plethora of incentives to buy Overwatch’s $40 Origins edition. In fact there are themed bonuses included for every Blizzard game you’re likely to be playing: portraits for StarCraft, a cardback for Hearthstone, Mercy Wings for Diablo, and a Baby Winston pet for WoW. 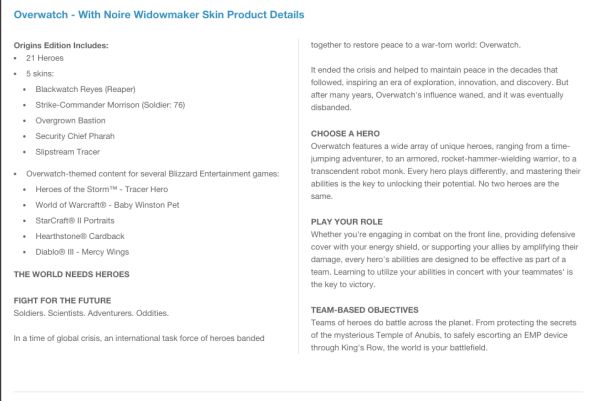 Speaking at Gamescom, Overwatch director Jeff Kaplan told PCGamesN that seeing their characters in Heroes of the Storm was the Overwatch team’s “biggest hope”.

“We recognise that we have a lot of work to do to think that we could stand side by side with Diablo, StarCraft and Warcraft,” he said. “But the beauty of [Heroes] is that it just celebrates all things Blizzard. One of the things that we aspire to is to someday see one of our heroes in their game.”

That day is coming in spring 2016, apparently.

Lena ‘Tracer’ Oxton is a former pilot, turned time-travelling adventurer after an aircraft teleportation matrix malfunction. Only a strange temporal device keeps her anchored to the present, where she’s able to speed up and slow down time in pursuit of Overwatch’s enemies.

Care to speculate how those abilities might make themselves known on a Heroes map?