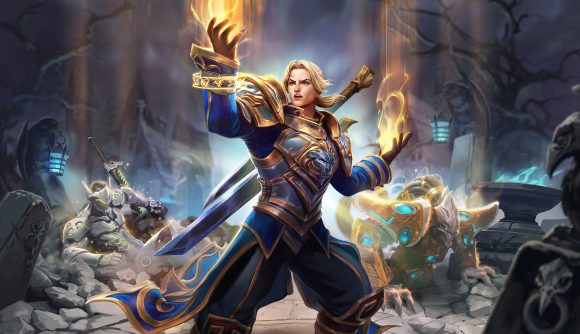 Heroes of the Storm’s stature in the Blizzard pantheon has certainly taken a beating over the past year, but the studio’s continuing to provide fresh updates. The latest patch makes some pretty fundamental changes to how rank and matchmaking work, so we asked game designer Adam Jackson exactly what the intent is behind those changes.

“In previous seasons, the matchmaker considered both the player’s rank and their MMR in order to create games,” Jackson says. “This created some strange situations, particularly for players whose rank and MMR were heavily deviated from one another.” Now, your Storm League rank is mapped directly to your MMR, “so there will only be one criteria that will be considered when matchmaking. Overall, this will make matches more balanced compared to the previous iteration, since the skill of each player will be more accurately measured.”

Additionally, placement matches are dropping from 10 to 3, and Blizzard feels that pre-season testing has been sufficient to make sure that placement’s working correctly. “If the placement system goes wrong in some way, then we will find the issue and appropriately fix it.”

The full patch notes also detail how rank decay affects players who are away from the game, but Jackson says it shouldn’t have a huge effect.

Instead, it’s simply an effort to “better normalize how much players would decay for being away from the game. This shouldn’t greatly change players’ interaction with ranked decay, and was mostly done to make it more clear when they would start to decay.”