Hex, the first collectible card game MMO, has come a long way since its first alpha build. As it readies itself for open beta players can now take part in 128-man tournaments, buy and sell cards through the auction house, and, with a move to the upgraded Unity engine, it’s looking better than ever.

Cryptozoic’s work is paying off, creative director Cory Jones tells me. “People are playing a lot. The average session is something like 3 – 4 hours. In the first six weeks of the closed beta there were about a million booster packs opened, we had about 600,000 games played, and we recently hit 10,000 paid tournaments.”

Hex is going to be huge. 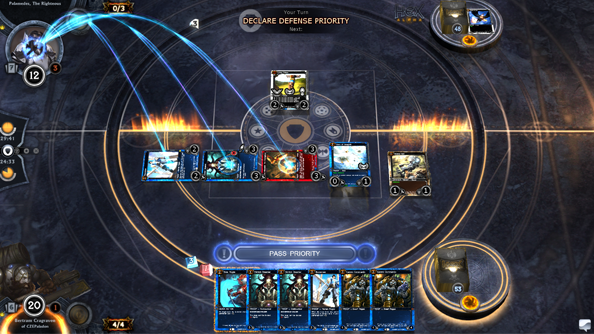 “If you look at a game like World of Warcraft when it first came out and you look at it a year later, two years later, three years later, with all the functionality and features they added to the interface and cleaning up things, it looked like different games,” Jones says. “We’ll have the same cycle I’m sure but this is the first example of us taking a step away from where we started, giving you something much cleaner.”

On the surface Hex looks like a much different game. “We upgraded to the newer version of Unity, so it gives dynamic fonts, additional particle effects, a bunch of stuff that makes it look more beautiful.” It also looks a lot more familiar. In PvP, your cards are now in a fan at the bottom of the screen and moving you mouse over them sees each card pop out into view, giving you a better look at what the card does. It’s a more natural presentation, like you’re sat at a table playing, not looking at a screen.

“A lot of the changes now are about polish and making the digital components much more compelling and taking advantage of the Unity upgrade,” Jones explains. “I thought the original card designs were great, but our graphics design is more a paper designer. Our art director came in and, because of the digital nature of the game, the changes he made were very much to allow the digital stuff to show through, whether that was the double back, or the button to show all the modifications to the card. These are things you wouldn’t necessarily think about when you were doing paper design but are very important with digital design.” 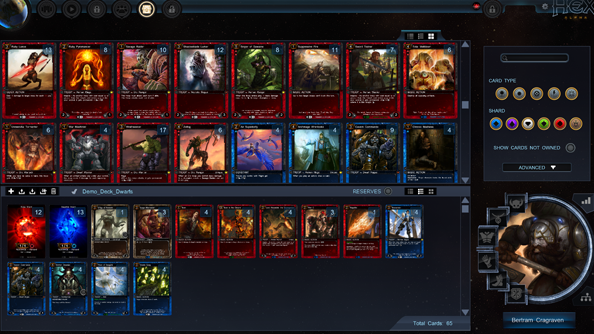 Beneath that, though, is a community becoming deeply engaged with Hex’s core systems. Cryptozoic recently brought their auction house online for the first time. This secondary market is only populated by cards and booster packs that players are selling. The developers do nothing to dictate price or supply. There are already popular cards selling for $20. There’s even an alternate art card that’s gone for $50. Players are clearly becoming invested in this game.

There’s also something weird happening, too. Cryptozoic sell booster packs through the in-game store for $2, yet in the auction house players are selling unopened booster packs for $1.30. They’re likely supplied from Kickstarter backers who, as backer rewards, started the game with lots of booster packs that they’re willing to sell off in trade for specific cards.

Cory expects that when the beta opens up “that supply of under $2 will get eaten up instantaneously.” However, he also suspects “there are some speculators in our audience right now buying up these packs at a $1.30 or lower and they’ll come back in at $1.75 or a $1.80.” They might even decide to hold onto them and sell them a couple of years down the line for significantly more than $2 when Set One boosters become unavailable.

Another reason for backers to sell off their boosters is to get cash to buy platinum, Hex’s in-game currency. With platinum they can enter Hex’s draft tournaments and get their shot at the prize pool. There’s been more than 10,000 paid tournaments since Hex launched, and, considering each tournament had eight players, that’s 80,000 100 platinum buy-ins. With the recent implementation of 128-man tournaments, where the prize pool will be significantly larger, there’s going to be an even greater need for platinum, so expect that auction house to fill with cards looking for new, paying owners. 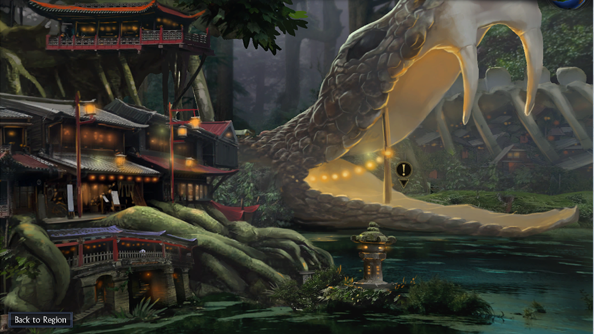 Backers have been asking for these larger tournaments since the alpha went live almost ten months ago. It’s taken Cryptozoic a long time to get such large tournaments working because “having so many people there’s so many random things that can go wrong,” Jones said. “In an 8-man tournament typically people are pretty focused, in 128-man we’ve found odd stuff, like people would go to the auction house and sell something they were playing in the tournament or changing something in their deck in the middle of the tournament and the game didn’t know how to reconcile this. We didn’t have a lock in place.” Fixing these holes has taken a huge effort from the team.

There are still a lot of features missing from what was promised in the original Kickstarter. “We’ve had a long list of objectives, I have 20 #1 priorities,” Jones explains. “The thing people don’t realise is that everything’s connected. It’s like a clock, all the gears have to mesh together to make it do anything. Sometimes it feels like we’re making a gear that’s less important right this second than another but the problem is that that other gear won’t work until this one’s done first. Like with PvP and PvE, there is no PvE till I have all of the functionality of PvP finished, so that’s why that came first, because that’s the core functionality of the game.” 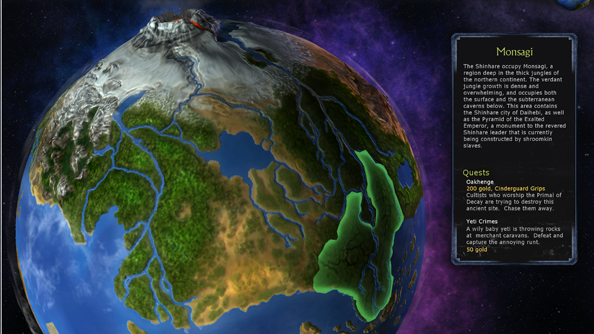 One of Hex’s most compelling features, the double back, is still missing. Every card in Hex has its front, showing the card, its abilities, cost, etc, and a back, which is the standard anonymous back that all playing cards have. However, in Hex, you can flip the card over again to reveal a second back, this one shows the card’s history. When it was first unpacked, what tournaments it’s played in, it can gain experience and levels, too. But “double backs are not the priority right now because it’s not a system that creates interdependencies for other systems,” Jones says. “There will be a time unfortunately that players will have PvE content without the double back so what you’re doing with the card won’t be remembered which is frustrating for players.” But that’s just the case with game development. All cards will eventually have a double back and those that currently have started life without one will be fitted with it when the feature is released.

The biggest addition to Hex is coming shortly after the launch open beta, Set Two: hundreds of new cards for players to get their hands on. “One and Two were designed as a block, one big set,” Jones tells me, his excitement evident. “Both have lots of cards, Set One has lots of cards and plays amazingly but that vision for what it was really takes both sets coming together. A lot of the things you saw in Set One start to pay off.” These were cards specifically designed to create new tactics with the Set One cards they already own and undermine strategies that have become dominant in PvP. 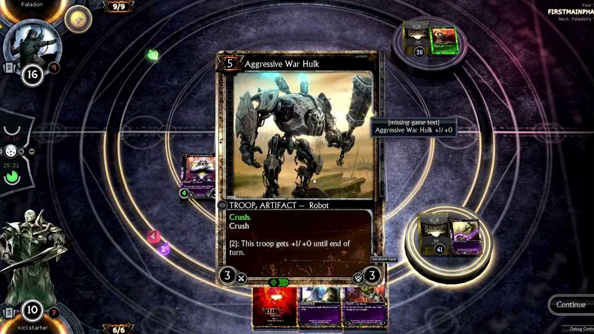 Cryptozoic are already looking far into the future when it comes to new cards. “We’re in the initial design and conversation stage with set five, “Jones reveals. “I’m up to fifteen game designers working on the game. We have to be that far ahead to have enough tests, to have that much time for coding, everything that goes into digital TCGs.

“Typically the way our sets work is that 80% are easy to code, the next 10% are hard, the next five are very hard, and the then the last five are, like, holy shit this is difficult, requiring interface changes and specific things where we have to develop new systems in the game.” These take a lot of time and testing see if how to fairly implement them among the other cards in the Sets it will be played with.

Listening to Cory talk about what’s coming for Hex I can’t help but be caught up in his excitement. When I previewed it in February I was convinced it was going to be one of the best, if not the best, CCGs available on PC. The tactical depth and ancillary systems, like the Auction house and paid tournaments, would speak to players who were looking for something richer after getting addicted to Hearthstone. Hex is still that game and, with each passing update, it’s getting closer to that original Kickstarter promise. Better than that, the team are learning how to improve on that original vision as they go.

The Hex open beta release date hasn’t been announced but it should be available by the end of November.